All the President's Men Revisited 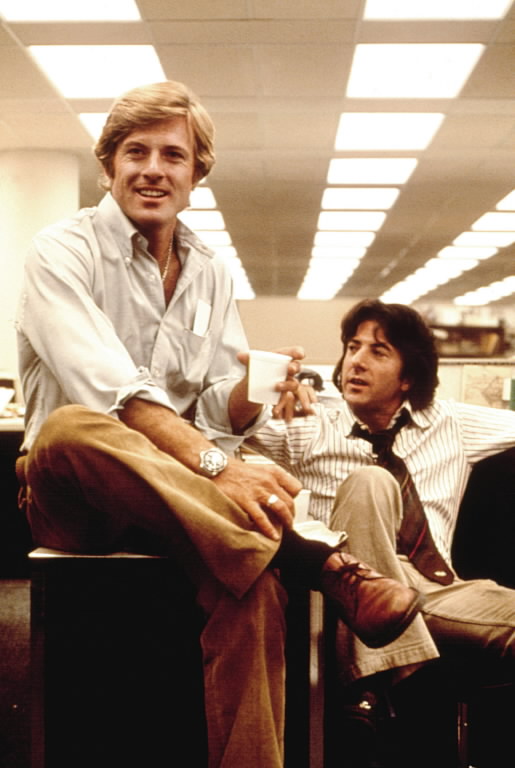 "The newspaper business is really very concerned about its image. I talked to one reporter and his first reaction was that (All the President's Men) would open with Ray Bolger dancing his way into the newsroom."  -- Robert Redford, Star and Co-Producer


It's hard to believe it's been 36 years since the Academy Award winning political thriller All the President's Men debuted. Based on Washington Post reporter Carl Bernstein and Bob Woodward's best selling novel on the Watergate scandal and the eventual downfall of the Nixon presidency, the 1976 film remains a classic.

This Sunday April 21st stars Robert Redford and Dustin Hoffman revisit their roles as the young reporters on the special aptly titled All the President's Men Revisited. The special shows never before seen archival footage with interviews from the cast, the original reporters, Jon Stewart, Rachel Maddow and others.

The film won four Oscars including one for Best Art Direction. A study in authenticity, the late production designer George Jenkins (Best Years of Their Lives) and his team spent a week at the Washington Post headquarters studying every detail of the building. Paint colors were matched to the original desks, artwork, posters and phone book covers were copied and even a brick was taken from the exterior of the building for duplication in fiberglass. And in a case of true Hollywood excess, the reporter's trash was shipped back to the soundstage at Burbank Studios and used for the office scenes. Co-producer Walter Coblenz summed it up best," I can't tell you how important (accuracy) is to us. I've got a list of props correct to the smallest detail. Why, we're making replicas of phone books that don't even exist any more!"

All the President's Men Revisited will air on The Discovery Channel 8/7 central. Let's hope we never have to revisit those days in real time again. 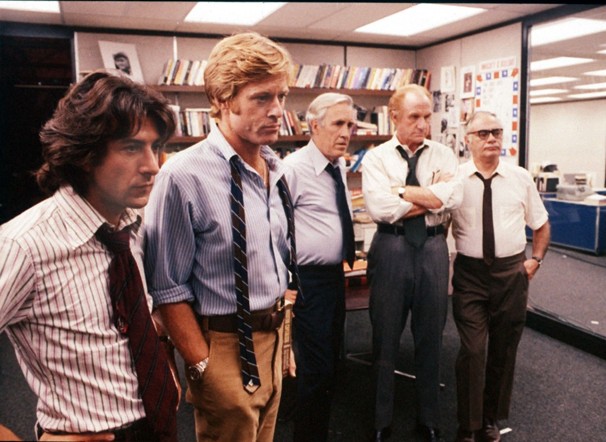 Photo Credits: Warner Brothers
Posted by Cathy Whitlock at 9:09 AM