The Celluloid Commander in Chief 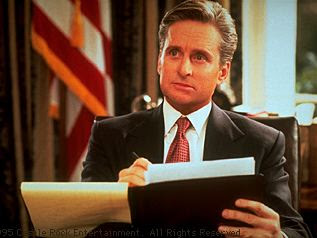 They have been portrayed as egomaniacal philanderers, bumbling boobs, and hapless stand -ins as well as steadfast leaders and action heroes who save the day. Biopics have loosely chronicled everyone from Young Abe Lincoln and Woodrow Wilson to Bill Clinton and George W. Bush. They are the Commanders-in-Chief, celluloid style.

The presidency on the big screen is often more memorable than those who have actually graced the oval office. Over the years, Hollywood has shaped how filmgoers view the highest office in the land through imagery, interpretation, fact and fiction -- and often somewhere in between.

With President's Day upon us, here is a quick overview of some of the varied themes of politics and the presidency on film:

Perhaps Abraham Lincoln is the most celebrated president in film history, chronicled by Henry Fonda in Young Mr. Lincoln (1939), D. W. Griffith's Abraham Lincoln (1930) and his fateful day at the Ford Theater in Birth of a Nation (1915) to Walter Huston in Abraham Lincoln (1930) and Raymond Massey's sterling portrayal in How the West Was Won (1960). Even Steven Spielberg has acquired the rights to Doris Kearns Goodwin's bio Team of Rivals, Simon and Schuster, 2005) on the l6th President, slated to star actor Liam Neeson. (It has been noted the actor and his subject are the same height for what it's worth).


Fonda as Lincoln
Satirical
No other film has unveiled the political process quite like director Michael Ritchie's 1972 satire The Candidate (1972). Robert Redford stars as Bill McKay, a successful lawyer and son of the governor of California who reluctantly enters the political race only to win and ask the inevitable question "What do we do now?" Said to parallel the careers of John F. Kennedy and Jerry Brown, the film highlights the importance of money and image in the political process and there is no doubt a sequel would have yielded a President McKay. The roman a clef Clintonian tome, Primary Colors (1998), Warren Beatty's rapping pol in Bulworth (1998) and Dr. Strangelove's (1963) blundering President Merton Muffley are also must-sees. 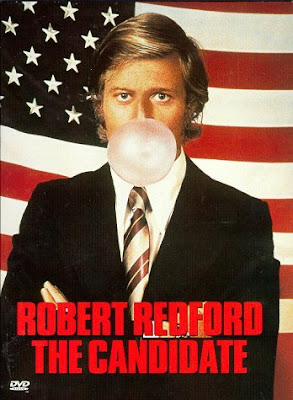 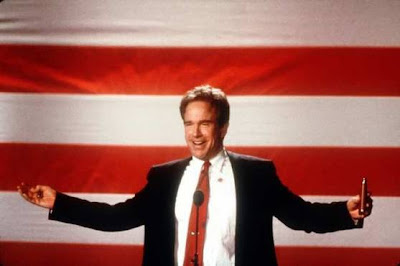 The Oval Office has been fodder for many a comedy. Imagine the President as a single father and dating a lobbyist? (Michael Douglas as The American President, 1995).  A look- a - like who substitutes for a President in a coma? (Kevin Kline as Dave, 1993). Or a former talk show host runs an unlikely campaign and wins? (Robin Williams as Man of the Year, 2005). Even Richard Nixon is lampooned by Dan Hedaya in Dick (1999) who appoints two high school girls lost on a White House tour as his advisors on the Watergate scandal. 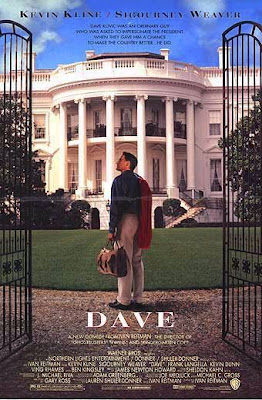 The President plays the ultimate protagonist in the Academy Award winning account of investigative journalists Woodward and Bernstein and the saga known as Watergate in All the President's Men (1976). Wide-eyed and innocent James Stewart charmed audiences in Mr. Smith Goes to Washington (1939), the classic Capra-esque story of a naive senator who discovers all is not as it appears in politics -- perhaps he would have made it to the Oval Office in more innocent times. 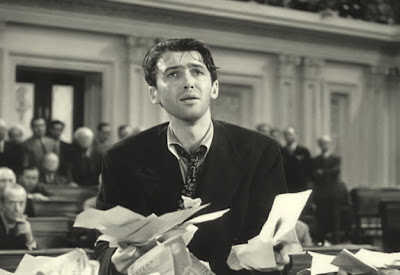 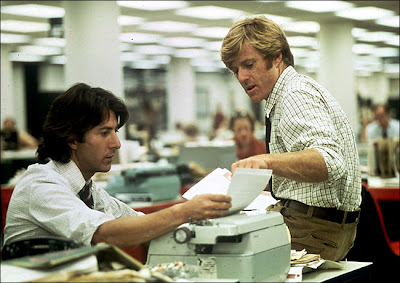 Hoffman and Redford as Woodward and Bernstein

Who else but Harrison Ford to bring the President as action hero to the screen? As President James Marshall, he single handedly fights terrorism and plane hijacking, naturally saving the day in the 1997 suspense film, Air Force One. On the opposite end of the spectrum, Gene Hackman portrays a philandering president involved in a cover-up as his mistress is killed by the Secret Service in Absolute Power (1997). And Hollywood gives us yet another action turn with Bill Pullman as President Thomas J. Whitmore in Independence Day (1996). Leading a squadron of fighter pilots, he successfully defends the planet against alien attacks. 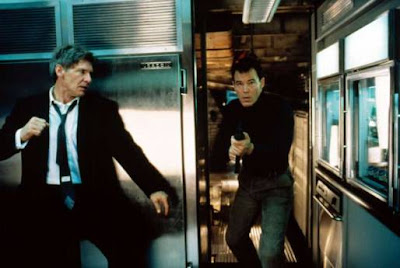 Air Force One
And in a category all his own, Oliver Stone's unique reinterpretation of history gave us three films required for viewing -- the controversial JFK (1991), Josh Brolin's dead on performance of the 43rd President in W. (2008) and Anthony Hopkin's manipulative yet tragic portrayal of the beleaguered Nixon (1995).

It is a little early to tell what crop of movies the new administration will influence but it's safe to say that somewhere a screenwriter is sharpening his pen. Stay tuned. (And Hollywood's pick for  Obama -- Denzel? Will Smith? Any guesses?). 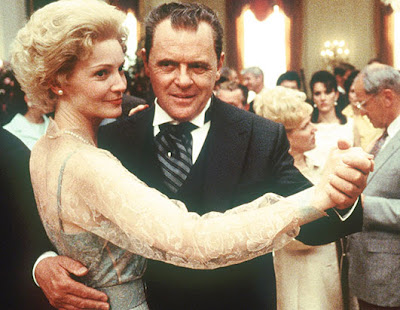 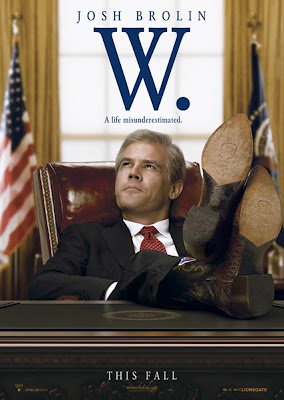 A special thanks to the blog Savoir-Faire for the Cinema Style mention. Savoir-Faire is the blog of Ally Lewis,  formerly with In Style and Harpers Bazaar. You can read her blog here.