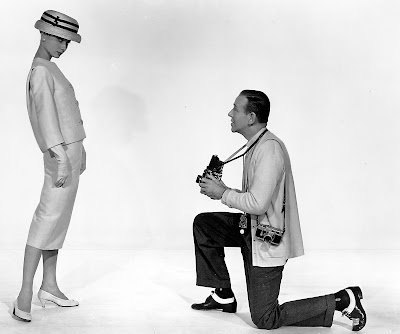 Depending on your location and interests, fall can mean football and tailgating, getting the kids back to school or looking forward to the new Broadway and film season. For many, it's an annual rite of passage fashion wise, ushering in a new season of designs and trends. (And for my postman, it means a back brace hauling in the September magazines -- it's rumored Vogue once weighed in at five pounds).

For fashionistas, the definitive fall event is the runway shows at New York Fashion Week in Bryant Park (Sept.10-17). So for the ninety percent of us that will not be attending, I advise catching the new season of Project Runway or check out my quirky film list at your local DVD store: 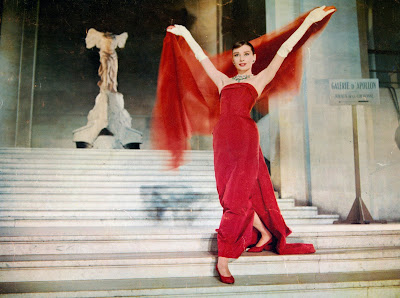 Audrey Hepburn in Funny Face
Based loosely on the life of famed photographer Richard Avedeon, the l957 musical Funny Face featured Audrey Hepburn as an accidental model/muse for photographer Fred Astaire set against a backdrop of Greenwich Village and haute couture Paris, costumes by Givenchy and Edith Head and of course, Gershwin tunes. Avedon was hired as a "special visual consultant" and is credited for the film's "Think Pink" fashion number as well as the opening title design. One of his favorite models Suzy Parker was said to be the inspiration for Hepburn's Jo and is seen in a cameo. 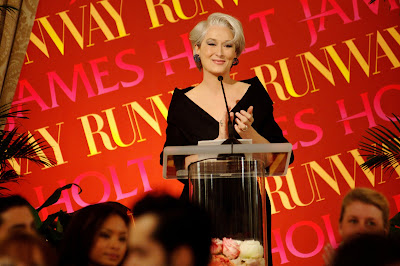 The Devil Wears Prada
Life often imitates art in The Devil Wears Prada (2006), a thinly veiled roman a' clef of Anna Wintour and exquisitely played by Meryl Streep. Set at the fictitious Runway Magazine and culminating at the couture shows in Paris, the film is a must for fashion junkies. 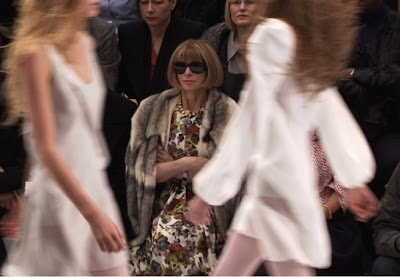 A behind-the-scenes look at the making of the September 2008 issue of Vogue magazine is the focus of the aptly named documentary The September Issue (2009). Legendary editor Anna Wintour is naturally at the center of the film (unlike Prada, she gave her blessing to this one) that is currently playing in New York and opens to selected cities September 11th. For more on the film, see the website.

Sex and the City the Movie
From the television series of the same name, Sex and the City (2007) is practically a fashion magazine itself, spawning fashion trends and product placements too numerous to mention. The sequel is currently filming in New York City and will hit theaters next May. 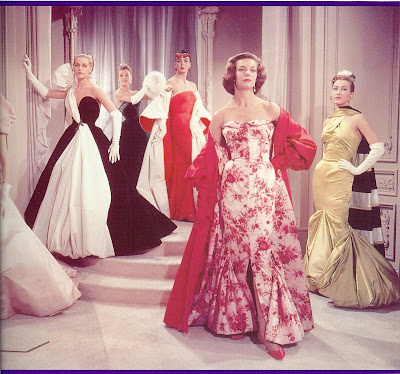 Designing Woman
Vicente Minnelli's (Liza's dad) 1957 film Designing Woman featured Lauren Bacall as a clothing designer who marries Gregory Peck in a whirlwind romance, only to discover later they have little in common. (Originally James Stewart and Grace Kelly were slated for the role but seems Grace had a wedding to plan with a prince...) 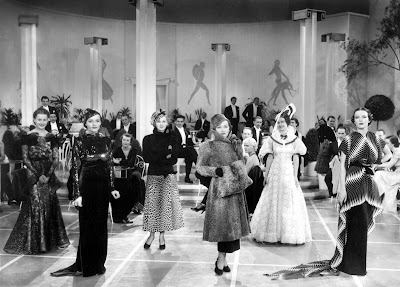 Roberta
A fashion house in Paris becomes the backdrop for Roberta (1935), a Fred Astaire and Ginger Rogers musical that also stars Lucille Ball and Irene Dunne. Jerome Kern's "I Won't Dance" and "You'd Be Lovely To Look At" became instant hits. 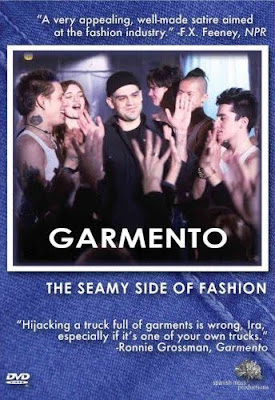 Garmento
The indie 2002 film Garmento offers a peak under the hemline of the fashion industry and often it's not pretty. Filmed on Seventh Avenue, Garmento takes a satirical look at the effects of corporate America and "the seamy side of fashion," filled with backstabbing, copycatting and of course, bitchiness! 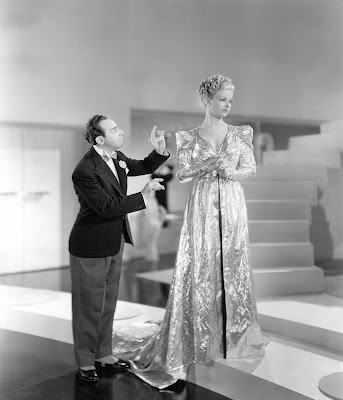 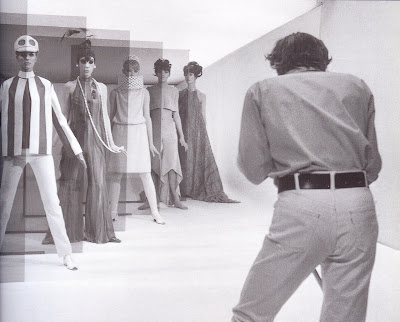 David Hemmings in Blow Up
Michelangelo Antonini's Blow Up (1966) captures the life of a London photographer in the sixties -- and of course complete with freewheeling sex, pot and mod clothing. It is said to be loosely based on photographer David Bailey (and ex-husband of Catherine Deneuve) who gave us all those great Jean Shrimpton and Twiggy covers of the sixties along with album covers of the Rolling Stones.
That is all for now...all this talk of fashion makes me want to shop....!