At Home in Highclere 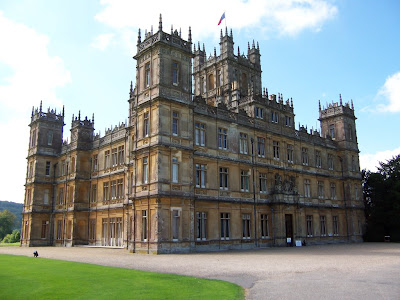 Set on 1000 acres in Hampshire, the Elizabethan style estate has been the home to the Carnavon family since 1679. Known as Highclere Castle, it is also known to millions of television viewers as Downton Abbey.

The enormously successful drama has taken the world by storm with its intriguing plot lines, upstairs/downstairs melodrama, Edwardian costumes and a window of aristocratic life in a world gone by. With its sophisticated period perfect interiors and idyllic country setting, Highclere a.k.a. Downton Abbey is as important a character as the outstanding ensemble cast. It is true period production design and set decoration at its best and you can read more in my article in Architectural Digest. 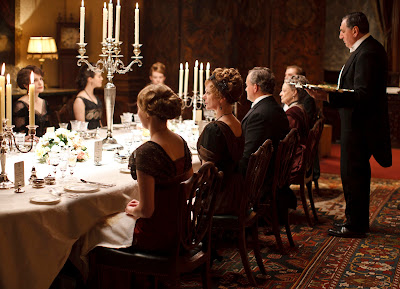 The Masterpiece Classic can be seen on Sunday nights at 8:00 pm CST on PBS. Be warned as the show should come with a disclaimer: hugely addicting and watch at your own risk. I may have to tape the Super Bowl as I am not sure I can wait to see the show later:) 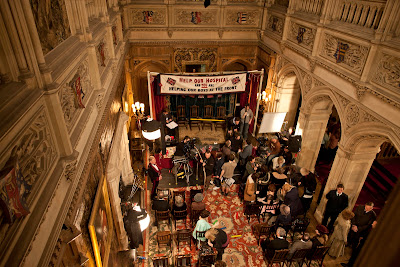 And while you are waiting for the next episode, be sure to read the book Lady Almina and the Real Downton Abbey: The Lost Legacy of Highclere Castle by the Countess of Carnavon. Lady Fiona traces the history and heritage, focusing on Almina who was the illegitimate daughter of tycoon Alfred Rothschild and married the Earl of Carnavon (with an enormous dowry). Life to the manor born was filled with lavish banquets until World War One intervened and their lives were changed forever  -- shades of Downton Abbey. 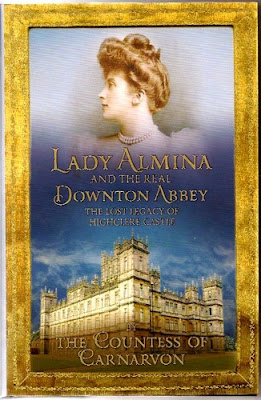