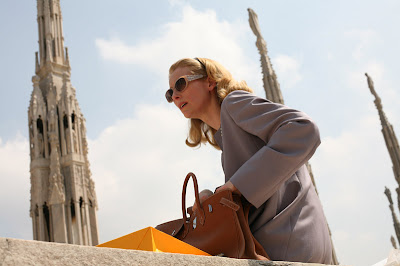 Many of you in LA and NYC have already seen I Am Love and it's just now hitting the rest of America this weekend. The film is filled with lots of wonderful Italian eye candy and something for everyone --- passion, food, couture, beautiful Italian landscapes (Milan and San Remo), great interiors and yes, lots of melodrama. 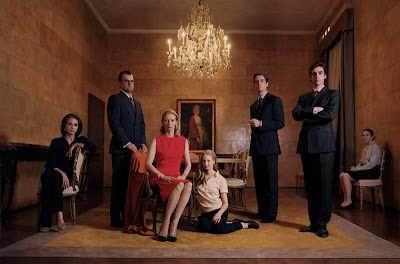 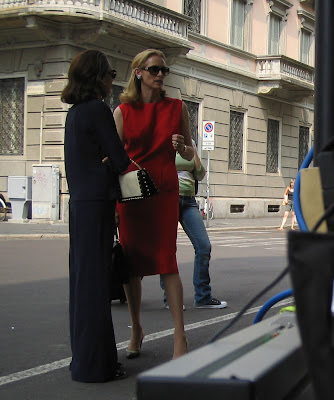 Filmmaker Luca Guadagnino worked with Raf Simons of Jil Sanders on Swinton's clothing (above and below) and Silvia Venturi Fendi on the male actors's wardrobe, each custom designed. 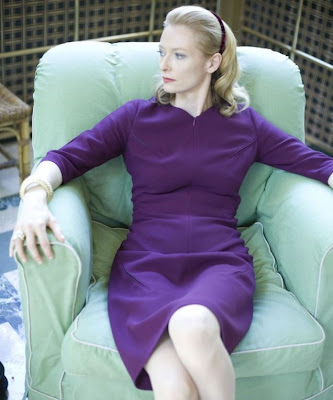 Food plays a major role in the film as many of the dramatic tensions take place during the film's many dinner parties. Both prawns and ratatouille with sweet and sour sauce and Oucha soup play important plot devices. Actor Eduardo Gabriellini who played the chef in the film studied with Italian chef Carlo Cracco (of Milan's Ristorante Cracco) to learn his many moves in the kitchen. 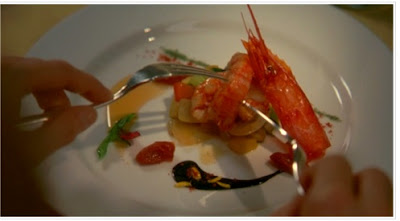 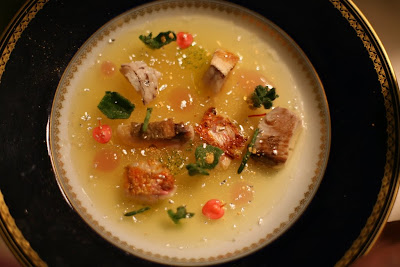 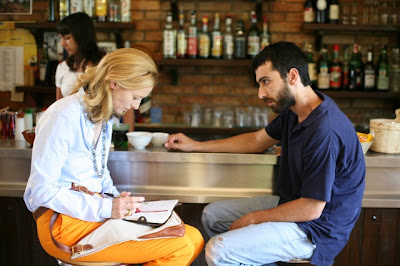 Swinton and Gabbrielini
The Villa Nechi opened its doors for the filming and was the perfect place according to director Guadagno for a home of "great wealth but also a restrained sensibility." Built by Milanese architect Piero Portaluppi between 1932-1935 and decorated by Tomaso Buzzi in the fifties, the house is a stunning mix of modern architecture and decorative arts. As the New York Times notes, it's a "modernist palate cleanser in a city chocked full of palazzos." 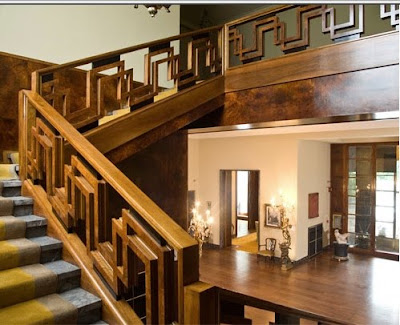 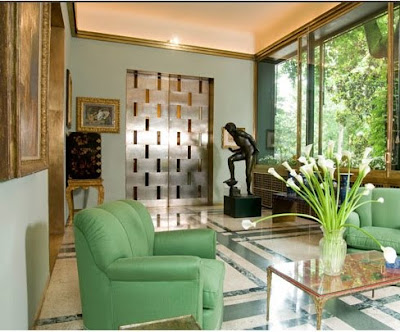 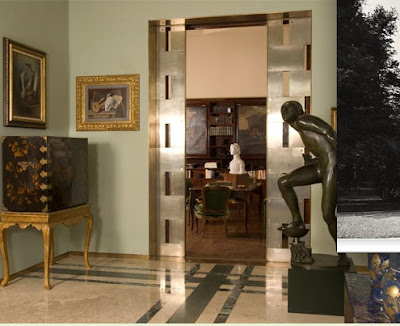 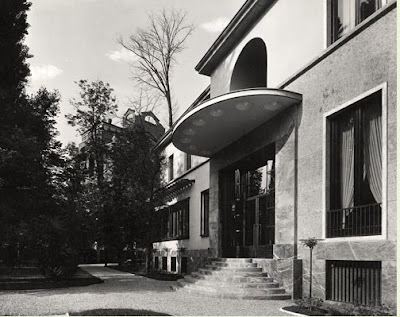