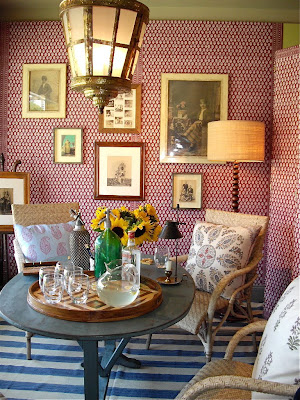 For those of you who were unable to attend Elle Decor's  Legends of La Cienega event that honored design in film and television, here are a few windows inspired by some of my favorite films and designed by some of LA's top set decorators and designers. Thanks go to my friend Victoria Amado for taking such good pictures! (Photo above s Peter Dunham's A Passage to India at Hollyhock). 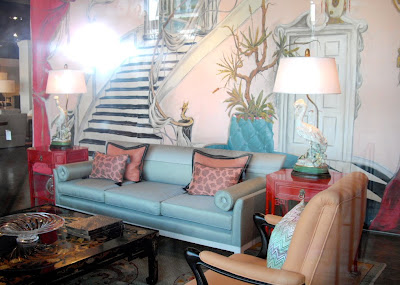 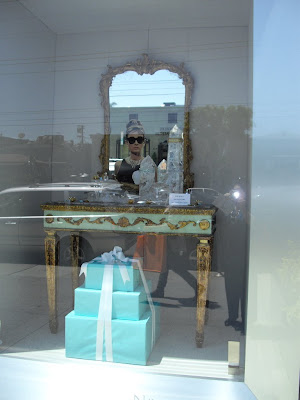 Breakfast at Tiffany's by Richard Hallberg at Navona 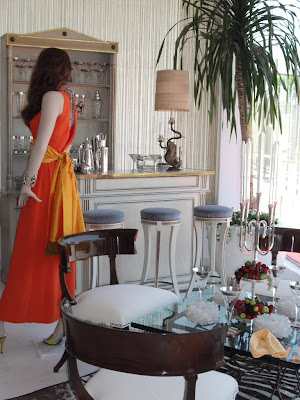 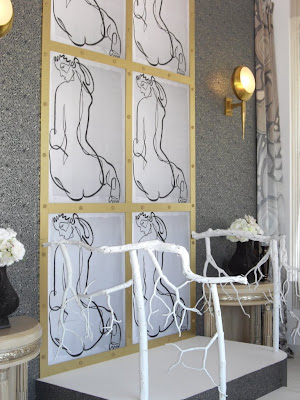 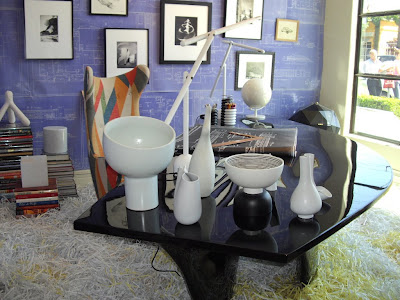 Oliver Furth's interpretation of The Fountainhead at Bausman and Company

Mothers Day at the Movies: A Look Back at Monster in Law 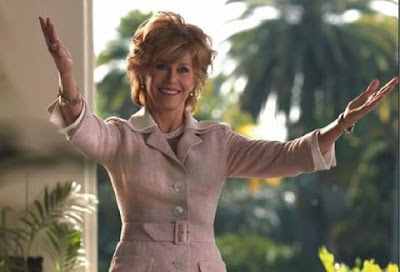 With Mother's Day upon us, I thought it might be fun to visit another type of mother -- the mother in law.  Hollywood has almost always portrayed her as evil and Monster-in-Law, the 2005 comedy that pits Jane Fonda as a jealous/protective/nightmare mother in law Viola Fields and Jennifer Lopez as the prospective daughter in law is a perfect case in point. 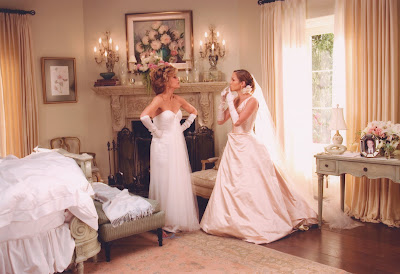 The sets were designed by production designer Missy Stewart who also gave us the memorable interiors of Legally Blonde. "Set" in idyllic Montecito, Fonda's  manse was actually a 1927 Wallace Neff estate in Pasadena with a wonderful rose garden and fabulous oval shaped entrance hallway. The decor is  elegant with lots of French, Mediterranean and classic Southern California touches. I love the ivory tone on tone palette used for the bedroom and sitting rooms. 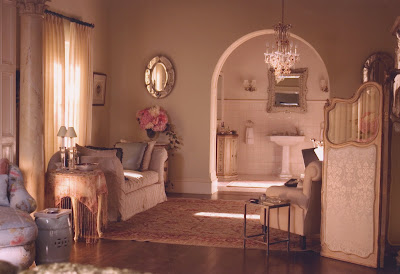 Stewart filled every space with details to tell us about the character's life and used actual photos of Fonda with Ted Turner, Jon Voight, Oprah Winfrey and Gloria Steinem for a tabletop vignette. 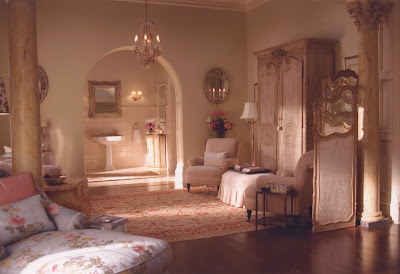 Viola's master bedroom is filled with dramatic bed and window treatments, Aubusson rugs and decor as grand as the character herself. And speaking of over the top, Fonda reportedly used ex-husband Ted Turner as inspiration for her role. 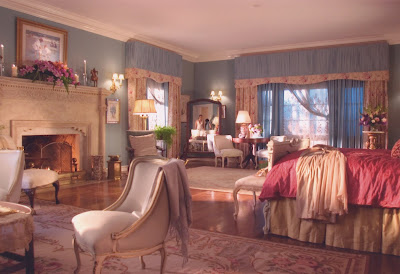 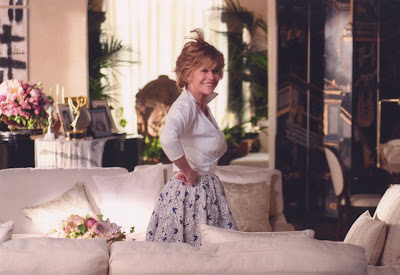 Viola's son Kevin has a Craftsman house (chosen for its masculine attributes) with asian inspired touches. 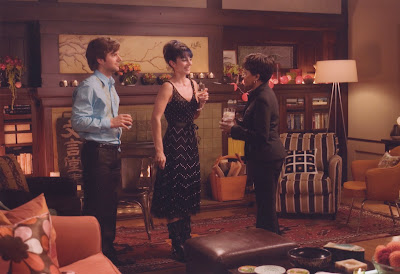 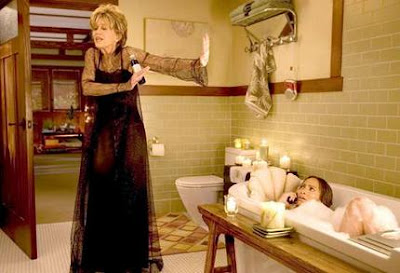 Kym Barrett is responsible for the film's costume designs and felt they were "supporting characters in and of themselves" as "clothing is used as weaponry between Charlie (Lopez) and Viola." With her large hats, abundance of jewelry and power looks that mean business, Viola's wardrobe is intimidating and over the top while Charlie is costumed in hip, bohemian street looks. 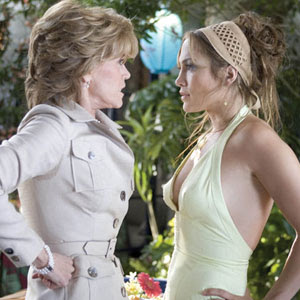 Mother's Day is May 9th -- score some points and do something nice for your mother in law too. Or not.
Photo Credits: Set photos courtesy of Missy Stewart, New Line.
Posted by Cathy Whitlock at 11:37 AM 5 comments: