The Gatsby of Agents 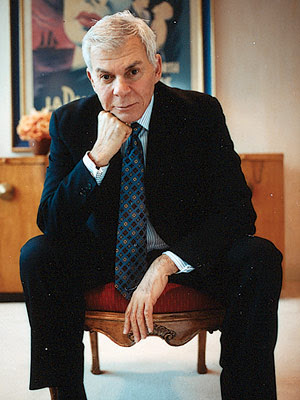 Superagent  Ed Limato passed away last July and was blessed with loyal, dedicated clients. His roster while at William Morris and ICM included Michelle Pfeiffer, Steve Martin, Richard Gere, Denzel Washington and Steve Martin just to name a few. His Oscar parties were legendary -- so much so that Variety's Peter Bart coined him "The Gatsby of Agents."  He was a throwback to the days of Old Hollywood, acting as a full service hand-holding agent. He talked a reticent Gere into starring in Pretty Woman, landed Pfeiffer the Scarface role that put her on the map and conducted damage control due to the overactive mouth of Mel Gibson.   "Great legends," he infamously said, "are usually people who die young because they didn't live long enough to spoil their image." 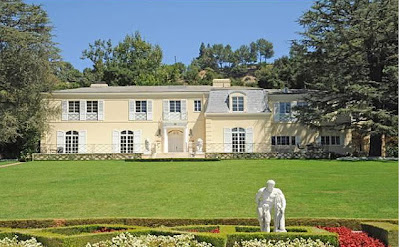 His Coldwater Canyon estate -- known as "Heather House" -- was built in l936 by actors Dick Powell and Joan Blondell and later owned by George Raft. Apparently his screening room was named "Marlene Dietrich and the game room was lined with Hirschfeld caricatures from the old MGM commissary.

A.N. Abell Auction Company will auction some of Limato's incredible treasures this Sunday, February 20th. (You can see the exhibit now  through the l9th from 9 am - 4 pm). Some of the items include gifts from his clients: 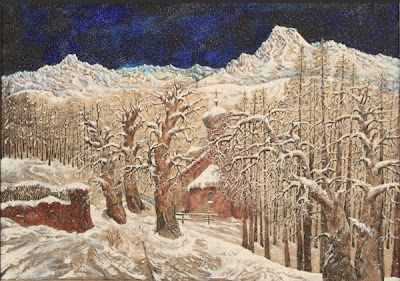 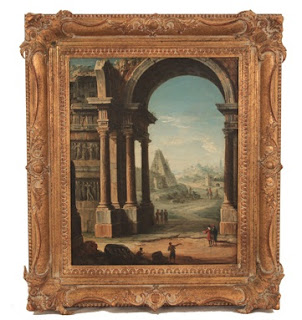 
Richard Gere presented Limato with this during the filming of An Officer and A Gentlemen.
Estimate 400/600 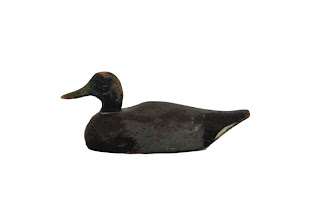 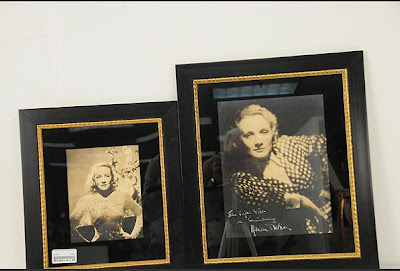 And many thanks to the Wall Street Journal for their piece Highbrow Trivia, Elle Decor's Designed for Drama and Variety's Pros Setting Vetting coverage on my book Designs on Film! Also check out my interview on LA's NPR KCRW station along with their very interesting piece on The Black Swan.
Most appreciated!

Photo Credits: A.N. Abell, The Inside Pitch (Limato shot)
Posted by Cathy Whitlock at 11:58 AM 2 comments:

Actress Anne Hathaway has not only added Oscar host to her resume, she has also joined the ranks of Catwoman, signing on for "The Dark Knight Also Rises" last month. (Story has it she beat out Keira Knightley and Jessica Biel for the role). The film is directed by Christopher Nolan and Christian Bale returns as Batman. Here are some of the many women who have previously bared their claws on both the small and silver screen as the infamous Selina Kyle a.k.a. Catwoman:

Julie Newmar was the first woman to don the catsuit, starring in television's Batman in 1966-1967.
Her costume emphasized her hourglass figure and  now resides in the Smithsonian. 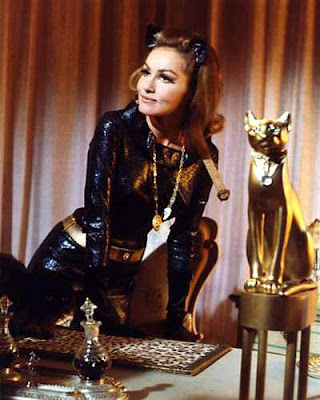 Model Lee Meriwether joined the Dynamic Duo in the 1966 film version of Batman... 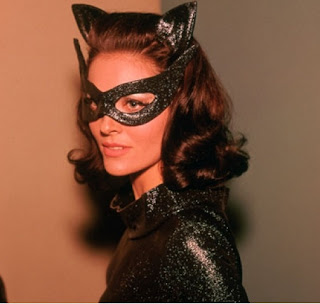 while Eartha Kitt soon followed in the feline role for third and final season of the television show. 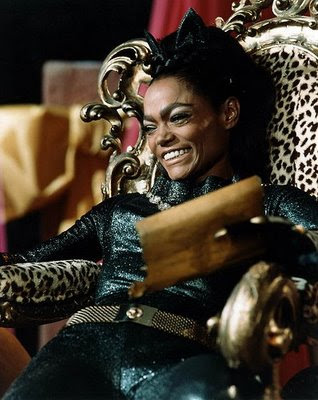 Michelle Pfeiffer took the role to the screen in 1992's Batman Returns and the scene where she voraciously laps up milk is priceless. Annette Bening was slated for the part but her pregnancy intervened. Pfeiffer was excellent as the mousy secretary who is thrown off a building by her boss (Christopher Walken) and brought back to life by a herd of feral cats. 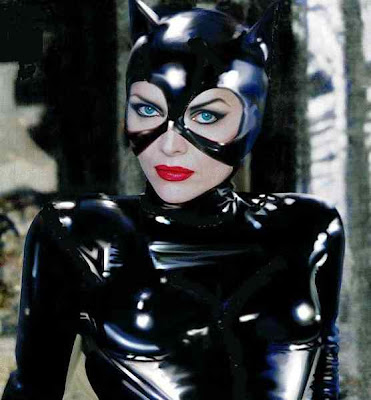 Halle Berry did not fare so well with the critics for her turn as Patience Phillips/Catwoman and won a Golden Raspberry in 2004.  At least she looked the part. 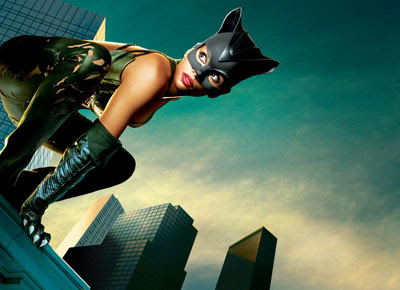 For now, I am looking forward to Anne's appearance on the Oscars. That could potentially be a much harder role than Catwoman!