Designing the Sixties South: Spotlight on The Help 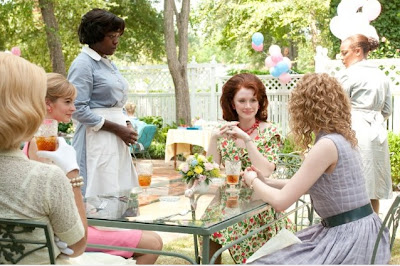 One of my favorite things about movies is the ability to transport us to another place in another time and for some of us, the south in the sixties is very familiar territory.

The #1 New York Times best-seller turned film The Help hits theaters on Wednesday, August 10th. The film is the story of three different yet very remarkable women who form an unlikely friendship amidst the societal turmoil of the sixties in Jackson, Mississippi. Actress Emma Stone portrays "Skeeter" Phelan, an Ole Miss grad groomed for society and a husband but who has a writing career on her mind. She decides to interview black women that take care of prominent families and literally turns the town on its proverbial ear.  Representing the "help" are actresses Viola Davis (Academy Award®–nominee for “Doubt”) as Aibileen and Octavia Spencer as Minny. Bryce Dallas Howard (daughter of Opie/director Ron Howard) plays Junior Leaguer Hilly Holbrook while veteran actresses Sissy Spacek portrays Hilly's mom Missus Walters and Cicely Tyson stars as Constantine Jefferson.

Designed by production designer Mark Ricker (Nanny Diaries and Julie and Julia) and set decorator Rena Angelo, the houses of the five characters are as diverse as the characters themselves. Filmed on location in Jackson, Clarksdale, and Greenwood, Mississippi, Ricker combed through old copies of Better Homes and Gardens as a reference point and was inspired by the book Under Live Oaks by Caroline Seebohm and Peter Woloszynski. He also referenced another southern classic Gone With the Wind, watching the DVD before he boarded a plane and headed south. Ricker found the book in particular to be "wonderfully rich in details and worked quite nicely to inform Skeeter and Celia Foote's houses - both of which would have more history and layers than the newer houses in the film (Hilly and Elizabeth's)."

Ricker noted that the Phelan home was "lighter in tone and a bit newer in decoration choices as (mom) Charlotte would have layered her own choices with the history of the house." Hilly's house "represented the new south," and the designers chose colors and furnishings like her character, "prim and perfect, pastel and icy." Elizabeth Leefolt's interiors were designed to be "quite bland and uneventful" while Celia Foote's were filled with history and tradition. He felt that Aibileen's were the "quaintest, but no less proud. Her interiors are quite warm and inviting and very simple in decoration."

As in most cases, the backstory of a film is always as interesting as the film itself. In this case, it's a story of perseverance as author Kathryn Stockett was turned down by a record sixty literary agents before one saw its merits and sold the book to Amy Einhorn Books. I caught up with the native Jacksonian author (who now resides in Atlanta) recently after a foreign press tour for the film and she was both excited and a bit overwhelmed at the idea of her work on the big screen.

It's easy to see the parallels -- Stockett grew up in Jackson and remembers the days sitting at her grandmother's table with their beloved maid Demetrie. And like Skeeter, Stockett became a writer, working on the book while living in Manhattan as "the distance added perspective." Demetrie passed away when she was sixteen, and no doubt the author felt her presence as she wrote The Help.
Admitting she is "not done with Mississippi yet," Stockett is working on her next book, which takes place in the twenties south, a time of the emancipation of women in Oxford, Mississippi. She is understandably nervous, as it's hard to follow up on such a phenomenon. "I went from writing a book no one wants to read to writing a book everyone wants to read," she notes. Here's hoping her next book is as wonderful as the first and at least she won't have to look for an agent.


At the time of our interview, Stockett had not seen the final cut of the film but had been on the set. "I couldn't believe it when I saw the set," she explains, "it was a tangible representation of every little detail. I remember Skeeter's room -- there were notes from friends, a yearbook sitting around, old ribbons...you know, that mixture of going from little girl to college."
You can read more of my interview on the designs of The Help in the upcoming September issue of Atlanta Homes & Lifestyles and you can see a sneak peek of the trailers on The Help website.
Posted by Cathy Whitlock at 9:52 AM 16 comments: Links to this post

The Legend That Was Liz 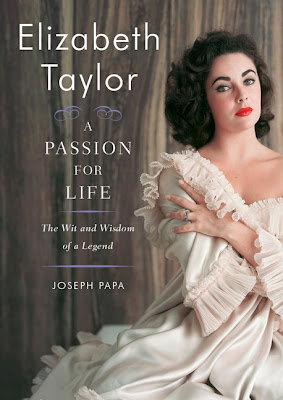 We knew Elizabeth Taylor as one of the world's most beautiful women, style icon, acclaimed actress and wife times eight (well one was to the same man twice). While she was continually in the public eye from the time she appeared in National Velvet (1944) at the age of twelve up until her death, she remained a fiercely private person and a woman we really didn't know.

My wonderful publicist and author Joseph Papa shines a spotlight on the legend in her own words, focusing on the wit and wisdom culled from a life well lived and then some. His book Elizabeth Taylor, A Passion for Life: The Wit and Wisdom of a Legend (Harper Collins, 2011) covers her thoughts on everything from acting, career, love and marriage to beauty, aging, and extravagances along with her poignant thoughts on sense of self. From  throwing herself into the role of Maggie the Cat to her humanitarian work fighting AIDS, passion was the driving force in everything she did. For those who love her work, the book is a wonderful addition to your library.

Here are a few choice quotes  from Dame Elizabeth herself coupled with former Vogue editor Carine Roitfeld's style tribute that appeared online in the Telegraph last month. Roitfeld teamed with photographer Mario Testino to design a 72 page "fash-a-thon" (their words not mine!) of the late actress in the September issue of V Magazine.


Photo Credits: Harper Collins, Rex, The Telegraph
Posted by Cathy Whitlock at 1:06 AM No comments: Links to this post