The Sets of Scandal 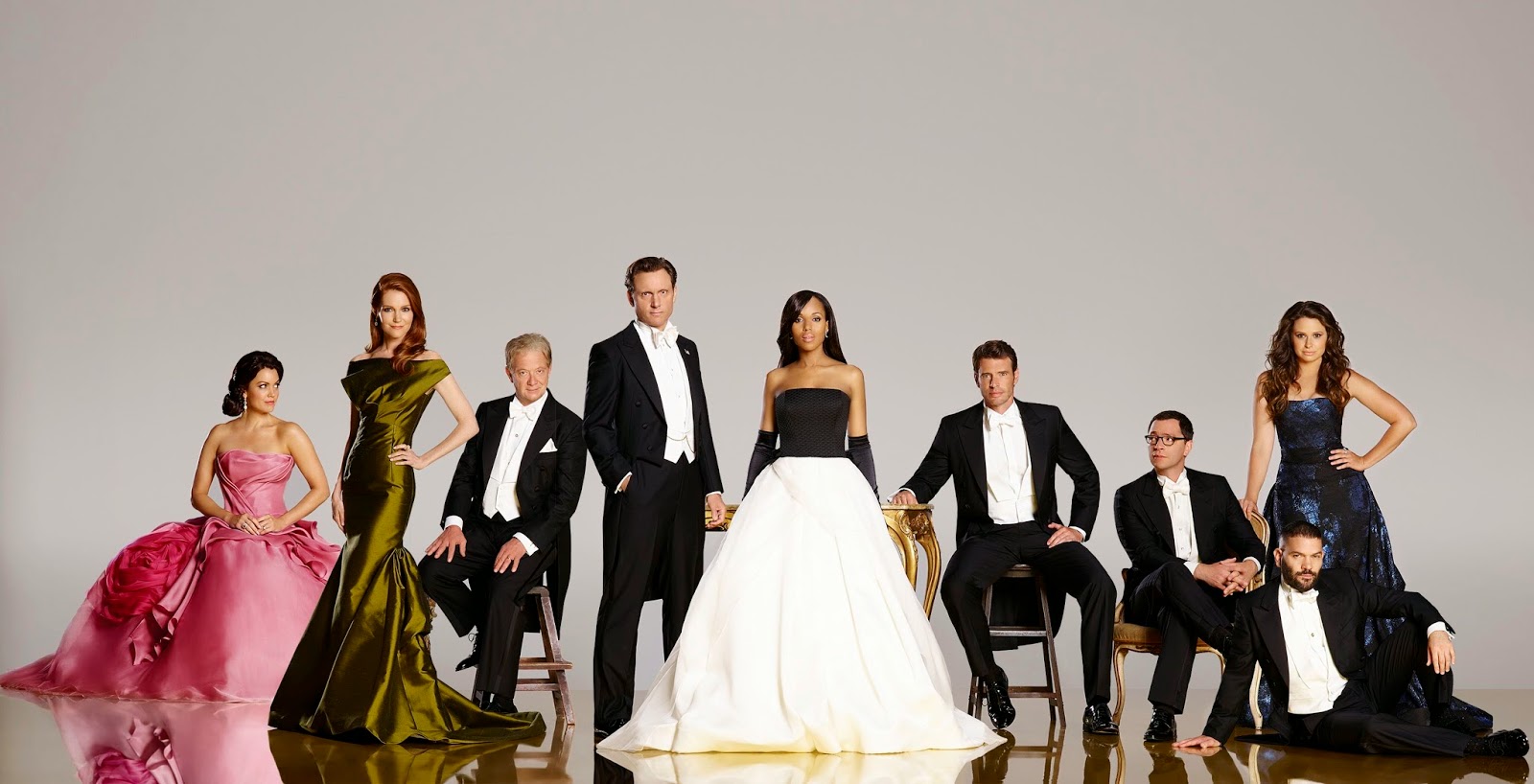 Most people fall in one of three camps - - 1) they have heard of the Scandal but don't watch, 2) they are living under a rock, or 3) they call themselves "Gladiators." After binge-watching three seasons in June, I find myself behind door number three.

Scandal is ABC's highly addictive, scandalous (for lack of a better word) Thursday night drama, filled with oh-no-they-didn't-just-do-that moments about the head of a Washington, DC crisis management firm ("Fixer" Olivia Pope/actress Kerry Washington) and her on-again-off-again relationship with the President along with many other plot twists too numerous to mention. It's filled with compelling story lines, heat of the moment passion, epic family turmoil, top-notch acting, great power dressing and of course, wonderful sets.

I was fortunate enough to spend a morning at the sets of Scandal this past September (where LA's Gower Studios doubles as our nation's capital) that included the impeccably designed Oval Office and Olivia's firm and apartment. Production designer Corey Kaplan and set decorator Barbara Cassel design some 25-35 sets per episode (900 sets in 47 episodes!) where believability is paramount considering FLOTUS herself is a fan.

For more on the sets of Scandal, you can see my piece in Architectural Digest and be sure to read the inside scoop on the show's designs on the wonderful blog The Sets Revealed. Or catch the actual show on ABC on Thursday nights 8/9 central where you too can be a Gladiator.