Out of Africa Style 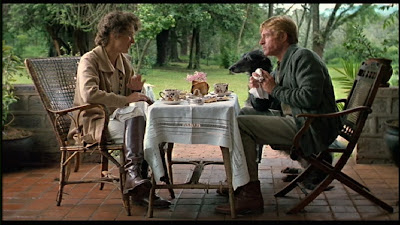 Perhaps one of my all-time favorite movies is Out of Africa, the 1985 romance/adventure/drama based on the autobiographical book by Danish writer Isak Dinesen (otherwise known as Karen Blixen). The film has it all - epic love story, picturesque landscapes, beautiful soundtrack, incredible interiors, and of course, Redford and Streep.

Set in 1914, much of the film takes place at the Blixen home at the foot of the Ngong Hills in Kenya. The late production designer Stephen Grimes and his crew renovated the existing farmhouse (Blixen's original home) along with the designs for the Kikuyu village, Muthaiga Club (where Karen married) and the town of Nairobi. Grimes worked from vintage photographs and original construction plans to authentically construct both interiors and exteriors -- a process that took almost a year. 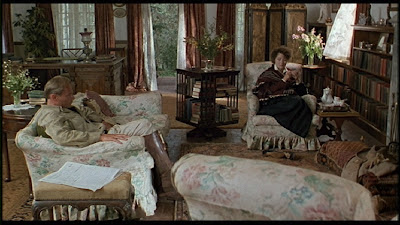 Set decorator Josie Mac Avin searched the Kenyan countryside for many of Blixen's antiques which were sold at the time of her bankruptcy. Antiques, paintings, and household items from her native Denmark were hard to come by in Africa so items had to be shipped from all over Europe. The result was a wonderful British meets Danish meets shabby chintz and tribal type of look that can only be known as Out of Africa Style.

For your own Out of Africa look, check out Decorative Carpets new Tribal collection, a wonderful line of hand-knotted rugs inspired by organic tribal patterns. Made from wool, hemp, and silk, the line recently launched in May and can be found at their West Hollywood location. Seven styles in all, the versatile rugs can complement just about any style. I am particularly partial to Makeda as it's a nice alternative to traditional leopard patterns. 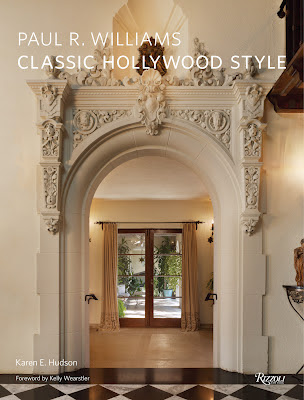 In interior design terms, Hollywood Style can symbolize everything from Dorothy Draper inspired Regency and Art Deco to the classic neutral, light and airy California Style looks made popular by designers Sally Sirkin Lewis and Michael Taylor. In actuality, California has such a wide array of distinctive architecture and interiors ranging from Spanish Mediterranean to California Ranch, and the new book Classic Hollywood Style (Rizzoli, 2012) showcases them all. 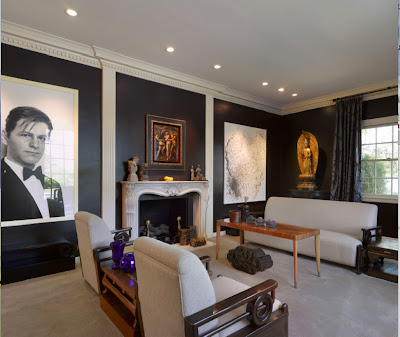 The book features the works of architect Paul R. Williams who designed homes for the who's who of Hollywood from the 20s through the 70s. Considered "one of the most celebrated architects of his generation," his clientele included Frank Sinatra, Tyrone Power, Lucille Ball and Desi Arnaz, Barbara Stanwyck and Lon Chaney (star of The Wolfman and The Mummy for those of you too young to know) along with numerous California players and power brokers.


Williams has the distinction of being the first African American member of the American Institute of Architects, translating the relaxed California lifestyle to homes through English Tudor, French Normandy, Art Deco, Spanish Mediterranean and American Colonial. Williams was also known for his renovations of the Beverly Hills Hotel and the creative force behind the designs for St. Jude's Hospital in Memphis and Saks Fifth Avenue in Beverly Hills.


Written by his granddaughter Karen Hudson with a foreword by LA designer Kelly Wearstler, the book offers never before seen photos and one of my favorite illustrated design books of the year. It's a beautiful body of work made even more incredible by how timeless the interiors are. 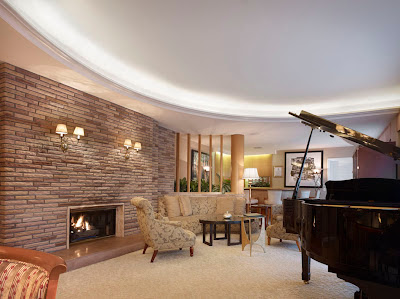 Posted by Cathy Whitlock at 2:32 PM No comments: