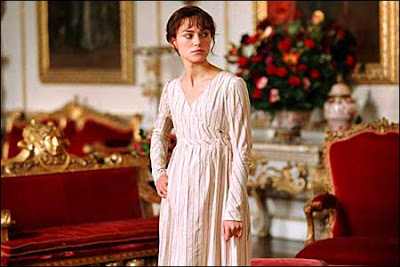 As with film design, color can instantly create a mood and evoke images ranging from happiness to drama. It is used to portray a character, serve as imagery (whenever you see orange/red in The Godfather, look for a murder to follow) or set the overall tone of the film.
Perhaps one of the main questions posed to any set decorator about a film set they have decorated is “what color paint did you use?” And inevitably I get the same question every time I write an article on film interiors. So here are a few of my favorite film sets and paint colors I would select:
Gosford Park /Age of Innocence/Pride and Prejudice: From cerise to crimson, red is a popular color in period interiors and a natural backdrop for almost every historical a.k.a. period a.k.a. costume drama on the screen. (Keira Knightley in Pride and Prejudice is seen above)

Panoramic shot of The Netherfield from Pride and Prejudice (2005) 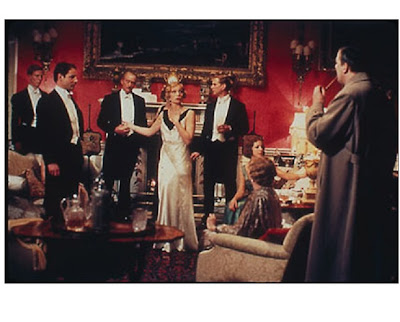 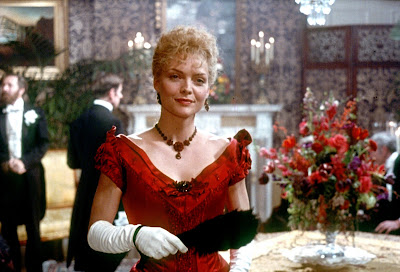 A lipstick red was used as both a costume and accent color as well as design scheme for The Age of Innocence (1993). Seen here is Michelle Pfeiffer as Countess Olenska.

and a few coordinating paint colors... 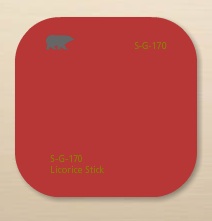 Gone With the Wind (1939): Period appropriate historical colors abound for the interiors of both Tara and Twelve Oaks: Benjamin Moore's Historical Colors
Top Hat (1935): The film is a study in black and white contrast with shiny high gloss metallic surfaces and these paint colors would be right at home: 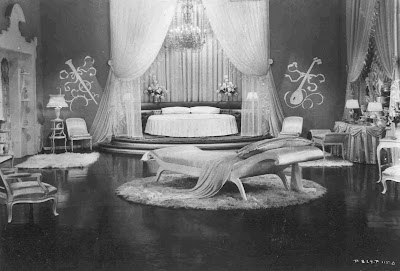 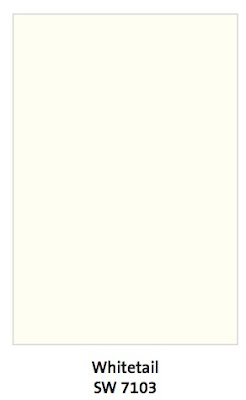 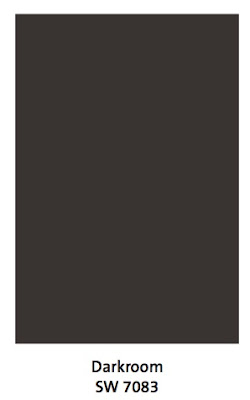 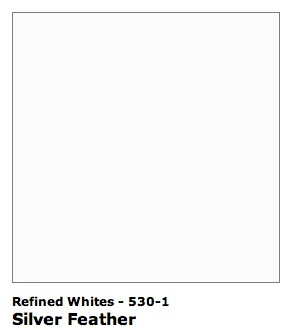