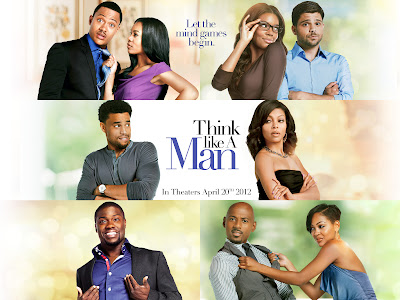 Comedian Steve Harvey's best selling book Act Like a Lady, Think Like a Man was recently made into a movie and follows the lives of four men who take the self-help tome's advice to heart. Under the name Think Like a Man, the battle of the sexes style comedy featured some very attractive interiors designed for some very distinct personalities ranging from a colorful fresh "rocker" palette for Mya (Meagan Good) who is in the music industry to upscale sophistication for Lauren (Taraji P. Henson) who is  the head of Essence Magazine. Production designer Chris Cornwell and set decorator Beth Wooke and had both the luxury and challenge of shooting in mostly empty locations throughout Los Angeles and with a limited budget.

The Culver City apartment of Jerry Ferrara's character Jeremy (you may recall him as Turtle in HBO's hilarious series Entourage) and Kristen (actress Gabrielle Union) gets a redo in the film as the couple are living together and his favorite mementos (comic book hero toys and beat up sofa) are lovingly replaced. HD Buttercup, a Los Angeles home furnishings store, has their moment in the spotlight as Kristen hires a decorator from the store. I particularly like the artwork chosen by Wooke for "its calming cool ocean feel" (think Rothko at the beach) which can be found through Hollywood's Art Pic. The white screen, taupe and blue patterned pillows from Lillian August, floor lamps and most of the contemporary furniture pieces are from HD Buttercup  in Los Angeles. 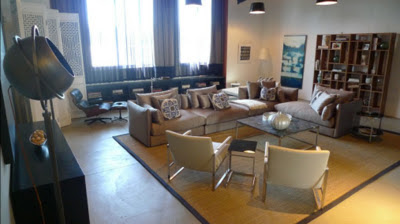 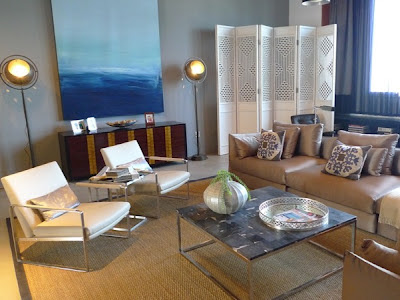 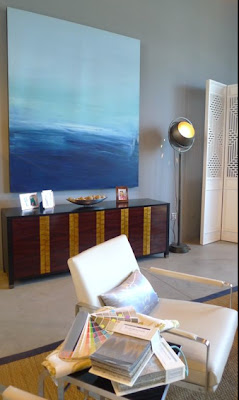 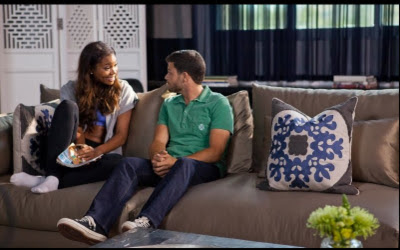 Lauren's  apartment with its incredible view was staged and filmed on the 44th floor of the Ritz Carlton. The sectional coffee table and lamps along with the faux fur throw from Timothy Oulton can also be found at HD Buttercup. "Lauren is very successful and powerful so we picked furnishing that almost felt masculine at times but with colors that complemented her complexion beautifully (aubergine velvet walls!)" notes Wooke on the set's interior design. 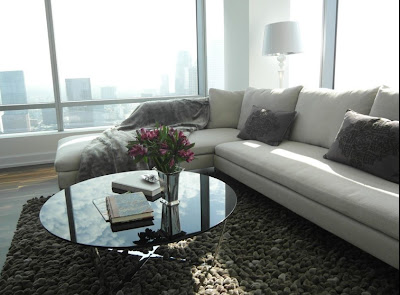 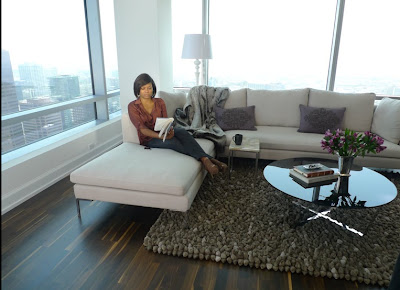 The framed print on the bedroom wall is from New Century's "Tonic Series" and can be purchased at Blueprint Furniture. End tables and acrylic chair are available at HD Buttercup. Calvin Klein and DKNY bed linens are from Macy's and bench from Schumacher. Since the designers were not allowed to paint, they created an 8' by 12' velvet headboard to cover the wall, just one of the many tricks of the set decorator trade. The stunning wood floor is from the Ritz and the and the residence can be yours for a cool 10 million. Here is hoping you purchased Facebook stock. 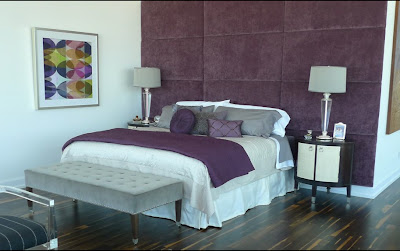 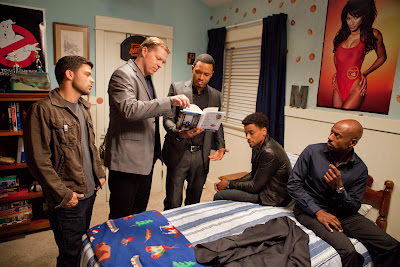 Photo Credits: Screen Gems
Posted by Cathy Whitlock at 9:47 PM No comments: Links to this post 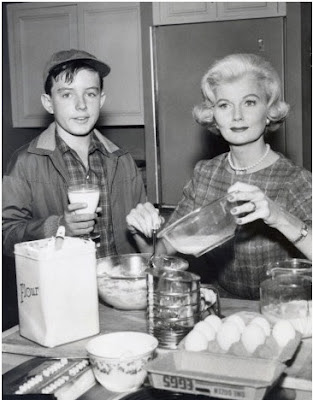 Whether your mom cleaned the house and baked cookies in pearls....
or scolded you for wire hangers in your closet....wish her a Happy Mother's Day. 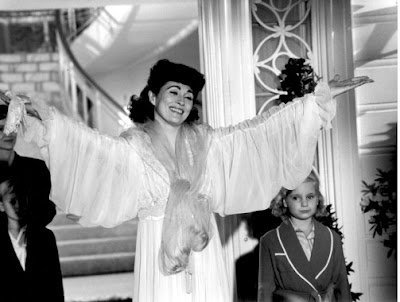