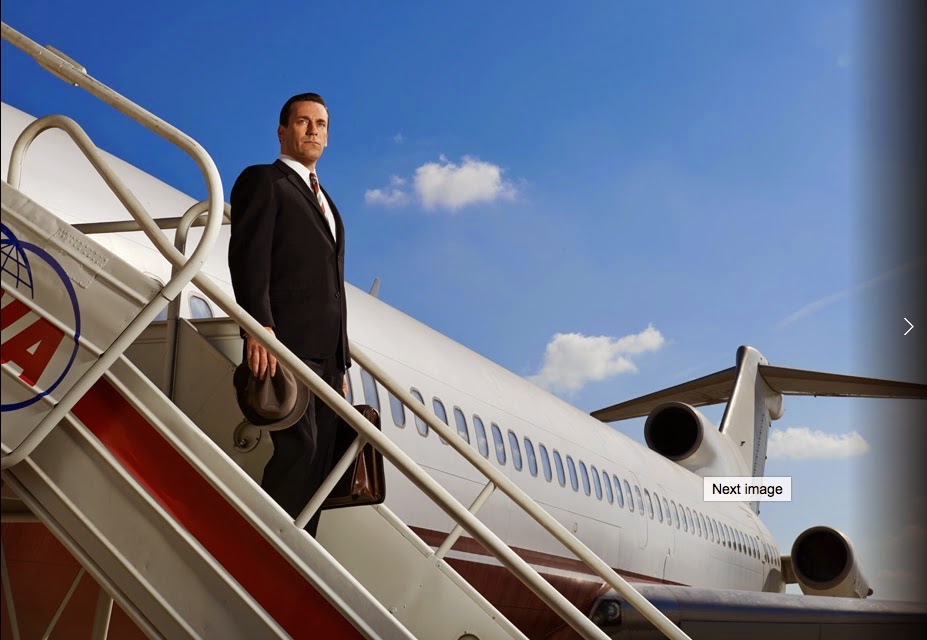 Mark your calendars as Sunday, April 13th is the beginning of the end -- Mad Men season finale that is.  AMC is dividing the final season in half, airing the first seven episodes next month with the latter airing at a later date (possibly 2015).

Here is a sneak peek from Season Seven. Judging by the looks of things, they have either landed a huge airline account or the cast is accompanying Don Draper to rehab. (Actually these are press photos). Stay tuned for my interview with one of the principals which I will post at a later date. I didn't dare ask anything about the finale as I don't want to know (nor would any secrets be divulged!) I did hear we may be looking at a Sopranos style ending. It's been a great ride and sad to see it end. 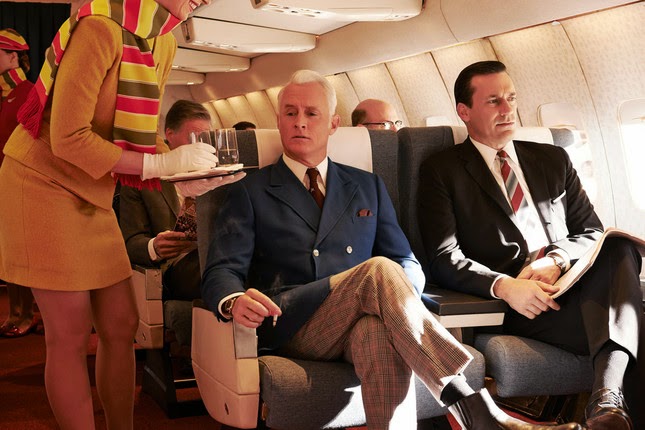 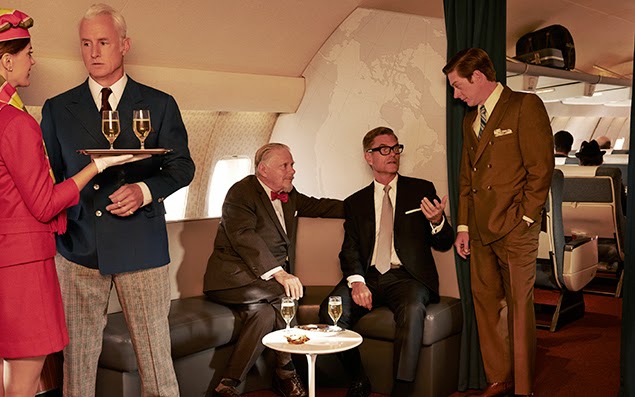 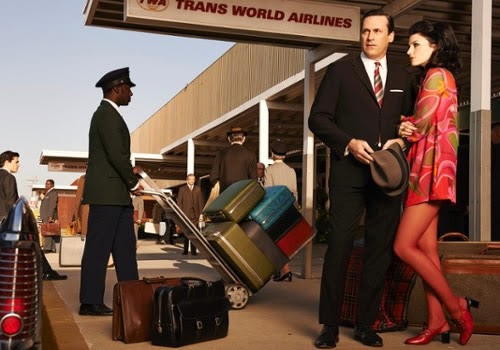 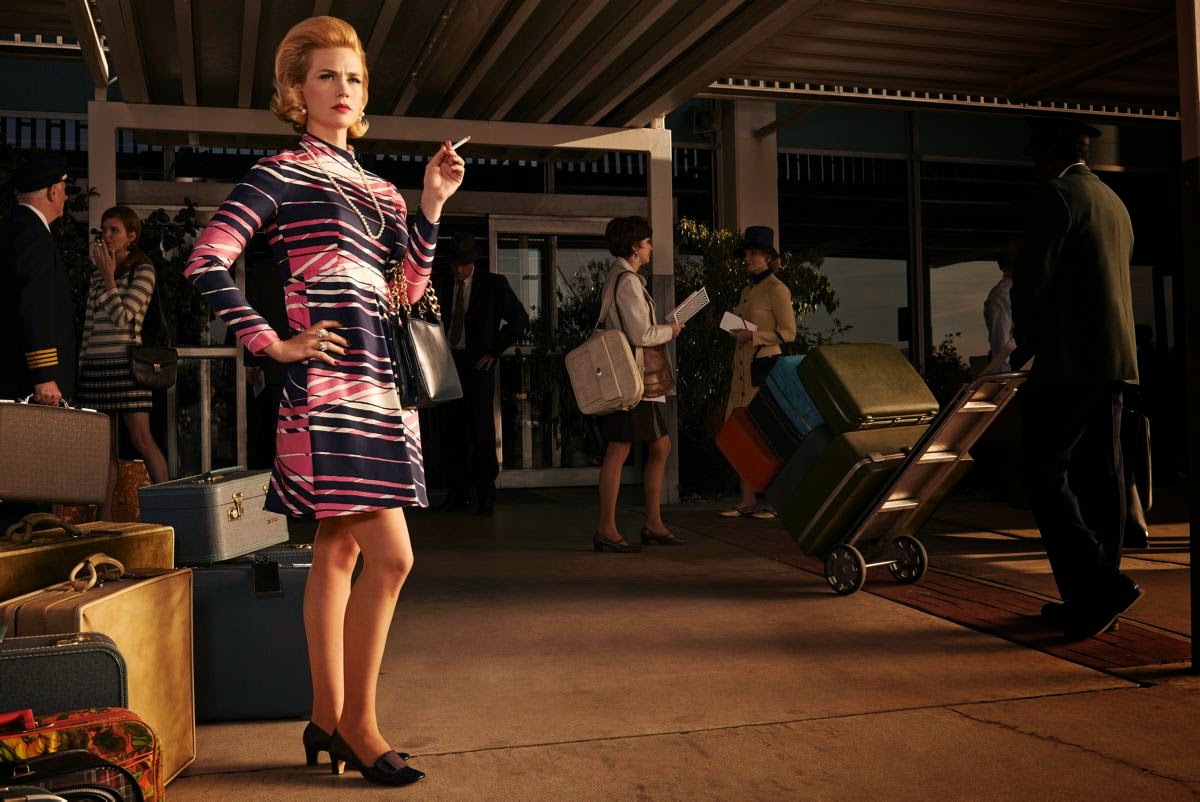 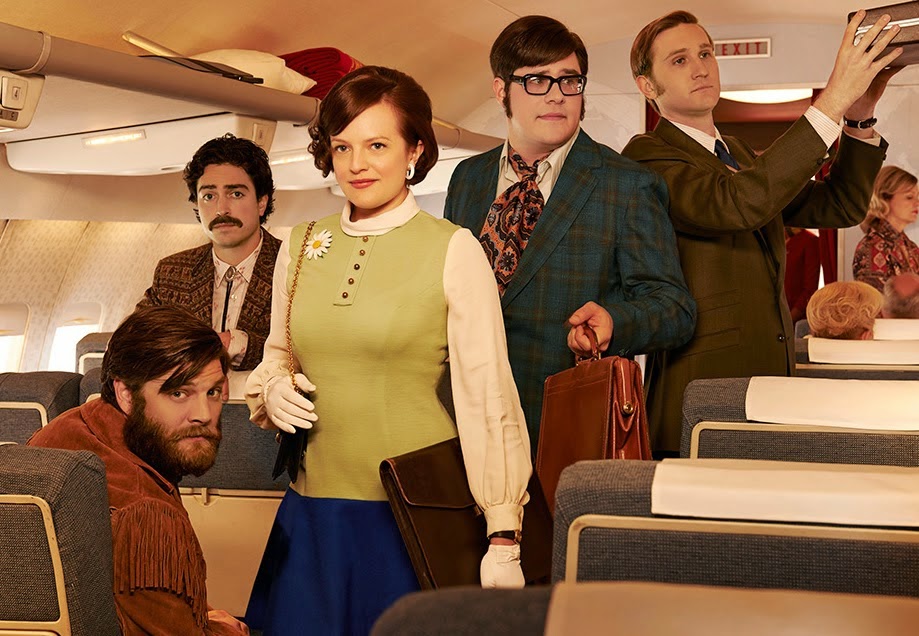