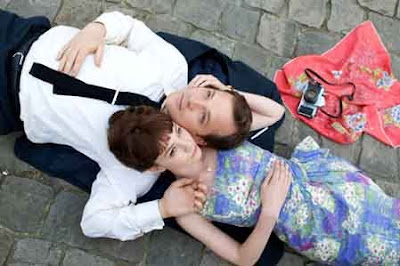 Premiering this month, An Education (Sony Pictures Classics) is the latest film to chronicle the style of the sixties. Set in 1961, the film tells the tale of a teenager's coming of age in pre-Beatles London. Played by actress Carey Mulligan as Jenny, the viewer watches her go from a sixteen-year-old prepster to a stylish ingenue overnight -- as a result of her whirlwind romance with a thirty year old playboy (Peter Sarsgaard). 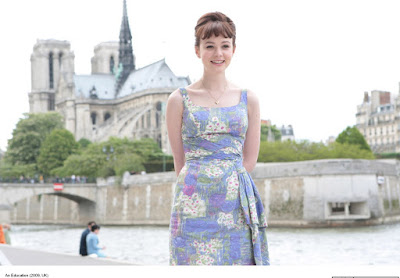 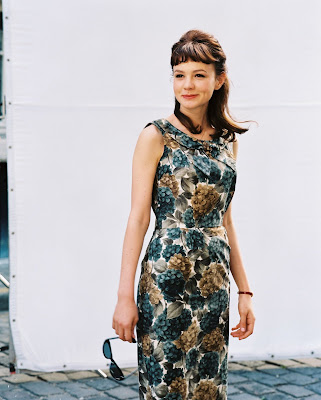 Fashion plays a supporting role in the film and the costumes were designed by Emmy award winning designer Odile Dicks-Mireux. Jenny goes from drab grey uniformed student to a sophisticated young woman with shades of Jackie O, Audrey Hepburn and Catherine Deneuve. Mireux drew her inspiration on pop icons of the time and found many of the cast's wardrobe from vintage dealers. Floral sleeveless chintz dresses, leopard coats and accessories and the classic little black dress complete her transformation while the menswear suits and trenchcoats were inspired by Sean Connery in Dr. No. The designs offer an interesting look at London before we know it historically - swinging Sixties, Carnaby Street, etc. with a nod to Mad Men. 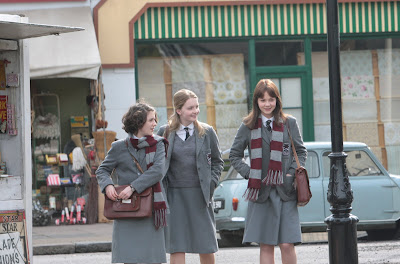 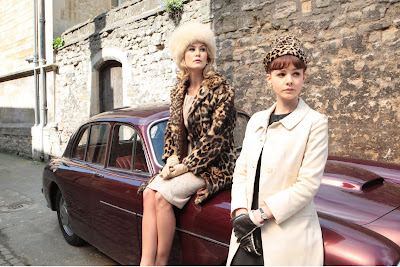 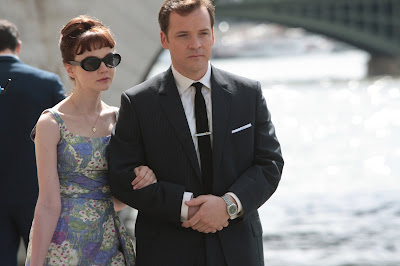 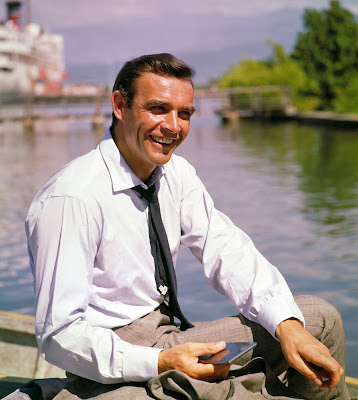 Sean Connery as James Bond in Dr. No
The film is in limited release -- for more see the official website.
Photo Credits: Sony Pictures Classics
Posted by Cathy Whitlock at 9:33 AM 2 comments: Links to this post