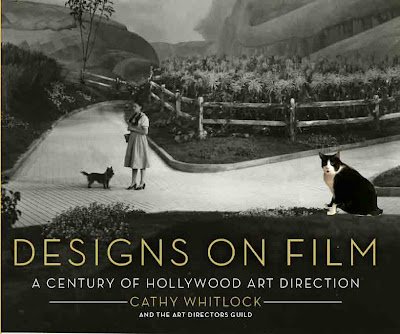 Follow the yellow brick road to your local bookstore. Designs on Film makes a great gift!
(And yes, a little artistic license thrown in with my cat Snoopy).
Thank you for your support this past year and all the best for a prosperous and healthy 2011.
Happy Holidays!
Cathy Whitlock
Posted by Cathy Whitlock at 9:08 AM 4 comments: Links to this post 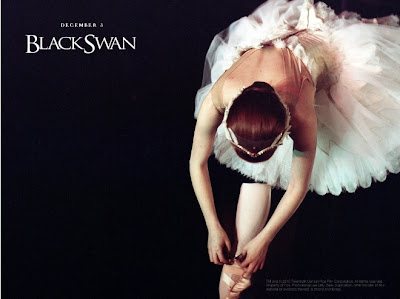 I was talking to a friend the other night who is a former professional "ballerina" who was quite dismayed at how Hollywood has portrayed her profession. Neurotic psychos, extreme disciplinarians and ruthless get-ahead-at-all-costs prima donnas are often the norm while a few films tend to capture the essence, technique and dedication of this truly incredible and often misunderstood art form:

The most recent addition to the dance film genre is Black Swan, a psychological thriller set in the world of the New York City Ballet. Natalie Portman plays Nina, a danceaholic who plays the lead role in Swan Lake and gets in touch with her dark side along the way. While some of the cliches are present - a bitter off the deep end retired dancer (Winona Ryder), stage door mother (Barbara Hershey), etc., the competitiveness and stress of the profession is effectively portrayed. The emotionally charged  film is garnering all sorts of early nominations and Oscar buzz. 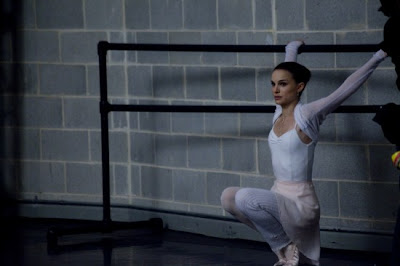 The Turning Point is the story of the lives two ballet dancers -- one who left the troupe to start a family (Shirley MacLaine) and another who became a prima ballerina (Anne Bancroft). Regret, reflection and jealousy between the two women ensues when MacLaine's daughter (Lesley Browne) joins the company. Doris Day, Grace Kelly and Audrey Hepburn turned down the leads and as well as  real-life ballet legend Gelsey Kirkland who was offered the role of the daughter.  The film was nominated for eleven Academy Awards including Best Picture and was miraculously shut out that year.

The age old choice between love and career is the theme of this ballet classic. Moira Shearer plays a young dancer who becomes the lead in The Red Shoes production (inspired by a Hans Christian Anderson fable) and is considered one of the top ten British films ever made. Art director Hein Heckroth used over 120 paintings as backdrop for the opening dance sequence. 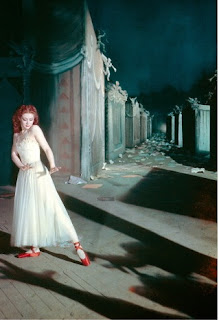 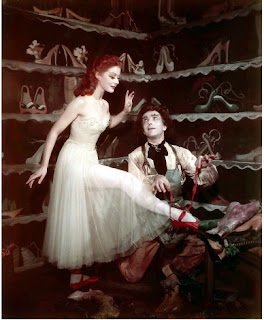 Director Robert Altman's drama of a group of ballet dancers with Neve Campbell as  the principal of a Chicago ballet troupe. Apparently Campbell employed her own method acting and trained eight hours a day for four months. The Joffrey Ballet of Chicago cooperated fully with the production both on and off screen. 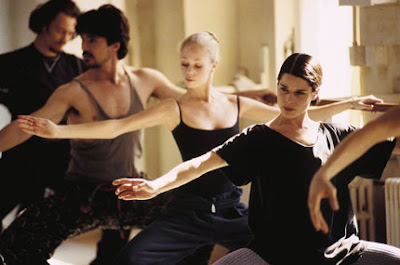 
Posted by Cathy Whitlock at 2:59 PM No comments: Links to this post