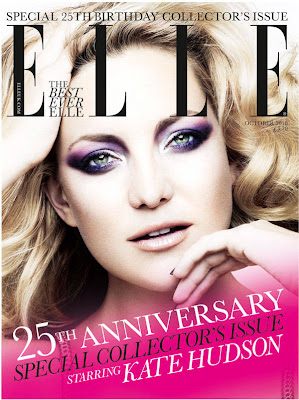 One of my guilty pleasures is reading foreign magazines and I am always intrigued by the trends they predict, determine and invent as well as their particular take on pop culture. Naturally the following article piqued my interest...

British Elle's 25th Anniversary issue (October 2010) asked a panel of fashion and film insiders to nominate their most stylish and influential films. While many of the usual suspects made the list such as Breakfast at Tiffany's, La Dolce Vita, Top Hat and The Graduate (Thomas Crown Affair was inexplicably left off), I thought I would cover a few of the more interesting and seldom seen choices:
Le Mepris aka Contempt (1964)
Nominated by Rachel Weisz, Actress
Jean Luc-Goddard's film was purely a  Brigitte Bardot vehicle (shown here in brunette wig and bathrobe) the focuses on the tensions between a writer and his wife as he attempts to make a Homer's The Odyssey into a commercial film. 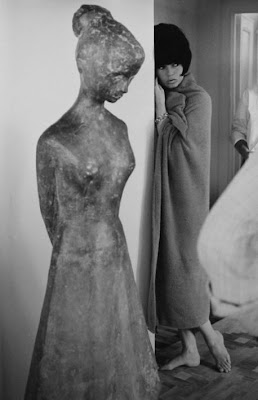 Gigi (1958)
Nominated by Leslie Sloane Zelnik, Film Publicist
20th century Paris is the setting for the directed -by- Vincent Minnelli  and songs-by-Alan Jay Lerner musical. Leslie Caron plays Gigi, a courtesan-in-training who enjoys a platonic turned romantic relationship with wealthy playboy Louis Jordan.
The Women (1939)
Nominated by Zandra Rhodes, Designer
The Women is George Cukor's classic saga of women and divorce in the thirties. The all star cast includes Joan Crawford, Norma Shearer and Rosalind Russell and was sadly remade a couple of years ago to horrible reviews. Like everything in life, stick to the original. 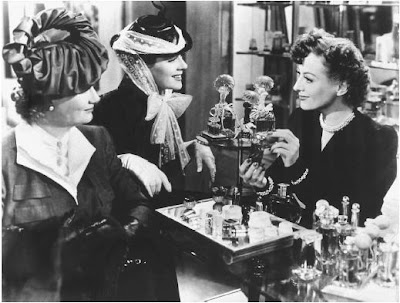 American Gigolo (1980)
Clothing takes front and center in this film starring Richard Gere (actually this may have been the vehicle to place him on the celestial map) as a male escort and Lauren Hutton as his suitor. Who can forget the classic scene as he sang Smokey Robinson's "More Love" and coordinated his ties and shirts? They had me at Armani. 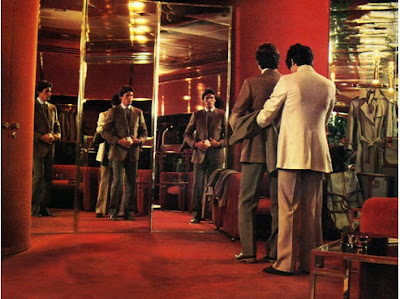 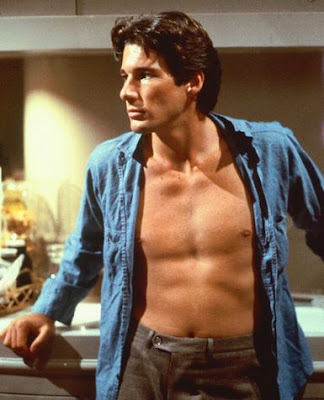 About De Souffle aka Breathless (1960)
Nominated by Michael Winterbottom, Director


Actress Jean Seberg and her signature pixie haircut escape to Italy with petty thief Jean Paul Belmondo. One of the first films of the French New Wave genre, it was remade years later with Richard Gere and Valerie Kaprisky. Again, rent the original.


Julie Christie took home the Oscar for Best Actress for her portrayal as a fashionably trendy Brit who seeks fame and fortune. And she has an affair with Laurence Harvey. The setting is mid-sixties Pop England and was considered quite controversial (in the states anyway) at the time.


The film spoofs a supermodel on the Paris fashion runways and told in dizzying black and white, eyeliner and all. And all very sixties. 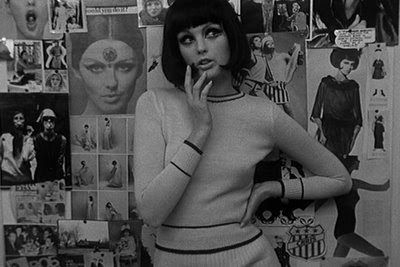 
This film would always make my top ten. Audrey Hepburn as the chauffeur's daughter who flees to Paris to become chic and gain the attention of her father's employer's son only to fall in love with his brother...well you get the picture. Hepburn teams up with fashion designer  Givenchy and as fellow Sabrina actor Humprey Bogart would famously say in an earlier film "this is the beginning of a beautiful friendship."


This film would not be on my top ten list but it certainly was an emblem of New York in the eighties with its leather, safety pins, black lace, overgrown roots and all night clubbing. Roseanna Arquette as a bored housewife meets and emulates Susan (Madonna in her heyday) in this comedy. 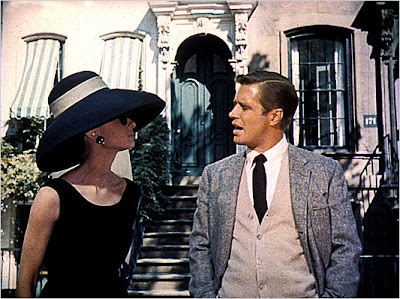 
You can read more of Elle UK here.

A Snapshot in a Not Too Distant Time 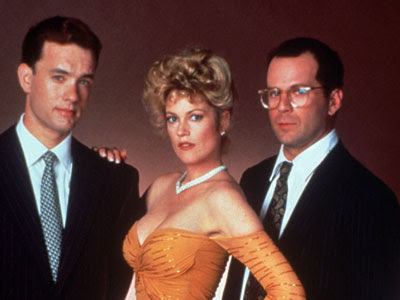 I attended a party recently in New York for the book The Recessionistas (Grand Central Books). Written by author Alexandra Lebenthal and CEO of the wealthy management firm Alexandra & James, the story is the timely tale of hedgefunders and investment bankers whose lives on the Upper East Side start to unravel as the economy starts to implode.
This reminded me of a similar tale some twenty three years ago with the publication of one of my all time favorite books Bonfire of the Vanities, Tom Wolfe's bestseller about greed, social class, ambition and "Masters of the Universe." The book was made into a film in 1990 and while it did not do well at the box office, the sets were a snapshot of a classic period in time for interiors. 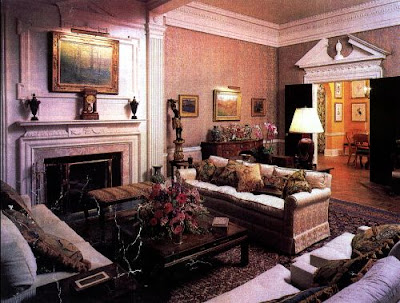 The world of the Upper East Side was recreated on a soundstage in Queens by production designer Richard Sylbert who gave us the memorable designs of Chinatown, Rosemary's Baby and

The Graduate. (He even designed the bar room set where everybody knows your name for Cheers).
Tom Hanks as a Wall Street titan and his "social X-ray" decorator wife Kim Cattrell play the McCoys. They are obsessed with "all things Anglophile" and the apartment needed to have an "instant old-money pedigree" to stay true to the book. Sylbert began by making a list of the design symbols of the decade for the English look -- oil paintings of dogs and ancestors, cabbage rose chintz upholstery, elaborate draperies dripping in passementerie and lacquered and faux painted walls. Chester Jones's book on Colefax and Fowler became his bible and the sets were completely apropo. He was also greatly influenced by the work of Mark Hampton. 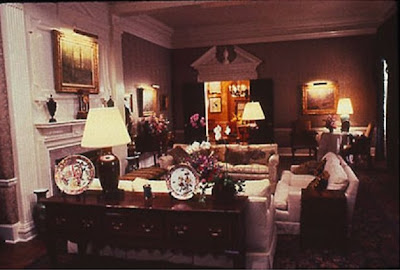 These photos don't do the sets justice --if you can get your hands on a copy, check out House and Garden's piece on the film sets in l990. 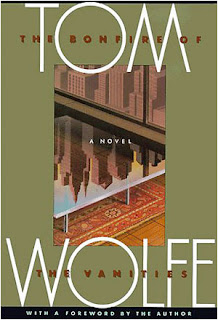 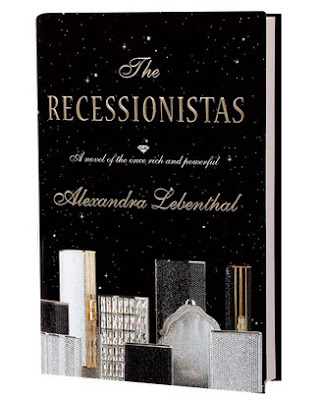 Photo Credits: Richard Sylbert estate courtesy of Sharmagne Leland St. John, Grand Central Books, Warner Brothers, Farrar, Straus, Giroux
And for those visiting or living in New York, be sure to check out the Architecture and Design Film Festival at the Tribeca Cinema. The first of US film festival to celebrate architecture and design will feature films, documentaries, shorts and speakers and runs October 14th through the l7th. 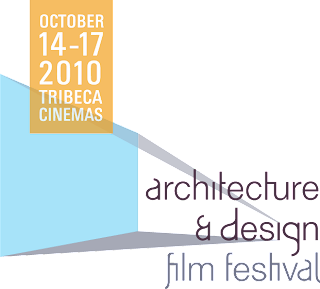 Posted by Cathy Whitlock at 1:48 AM No comments: