Before there was Mad Men...

...there was The Best of Everything. And perhaps the poster below says it all. 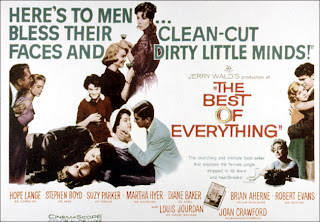 Novelist Rona Jaffe's 1958 bestseller turned 1959 film was the story of young career women in a pre-women's liberated Manhattan. Hope Lange plays Caroline Bender, an Ivy League graduate who toils away in the dead-end secretarial typing pool at Fabian Publications and fears her aspirations will turn her into the wicked book editor Amanda Farrow (Joan Crawford). Caroline lives with fellow secretaries April (Diane Baker) who is biding her time until Mr. Right comes along and Gregg (Suzy Parker), an aspiring actress.
The "yarn" as it was called in the sixties (today it would be a chick flick) has it all - a ruthless single female boss having an empty affair, lecherous lotharios, sexual and office politics, stalking, lots of alcohol and an unwed pregnancy thrown in for good measure. Signs of the times and an obvious precursor to Mad Men. 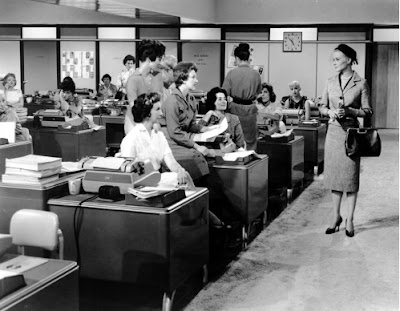 The parallels of Jaffe and her ambitious heroine Caroline are similar. The Radcliffe grad worked her way up from filing clerk to Associate Editor at Fawcett Publications and later became a contributing writer at Cosmopolitan for one of the female publishing pioneers Helen Gurley Brown (whose book Sex and the Single Girl placed her at the front of the feminist movement). Putting her successful career first, Jaffe never married.
While her role was small, Joan Crawford was the biggest star in the film. In the autumn of her career at the age of 55 (hey, it was and is Hollywood) and recently widowed (Chairman Al Steele of Pepsi), the Mildred Pierce star apparently lived up to her "no wire hangers" image on set. As the story goes, she would arrive with a large Pepsi thermos filled with ice and 140 proof Vodka along with a small black alligator bag filled with jewels. Her entourage was always in tow and the set was kept cold to preserve her makeup. Often accompanied by her twelve-year-old twins, no one was allowed to speak to her until she spoke to them first. The film also marked Crawford's first supporting role since her days in early Hollywood and many think she took for financial reasons (hence, the Vodka). 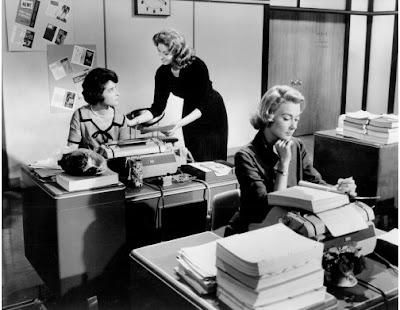 The film, designed by Jack Martin Smith. Mark-Lee Kirk and Lyle Wheeler, was set in New York's Seagrams Building at 375 Park Avenue. Designed by architect Mies Van Der Rohe, the International Style structure was considered the world's most expensive structure at the time. The interiors were built on the soundstage at Twentieth Century Fox and reportedly influenced by the sparse, utilitarian offices of Pocket Books who published the novel.
If the term supermodel were around in the early sixties, it would have applied to Suzy Parker who plays the supporting role of Gregg. Best known for her modeling work for Revlon and Coco Chanel, she was a muse to photographer Richard Avedon and one of the first to earn $100,000 a year. She also starred in films Ten North Frederick (1958) with Gary Cooper and had a cameo in Funny Face (1957) with Fred Astaire and Audrey Hepburn.
The film also starred Robert Evans as the unscrupulous playboy Dexter Key who hooks up with April (Diane Baker, shown above). A former Paramount studio chief who successfully produced film classics such as Love Story, Rosemary's Baby, The Godfather and Chinatown, he was also known for his discovery and subsequent marriage to Ali MacGraw. 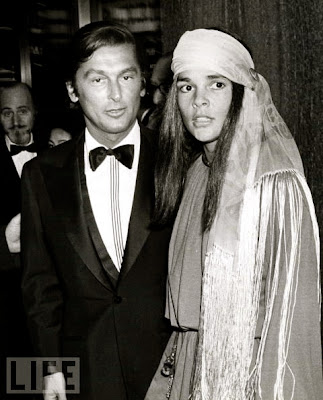 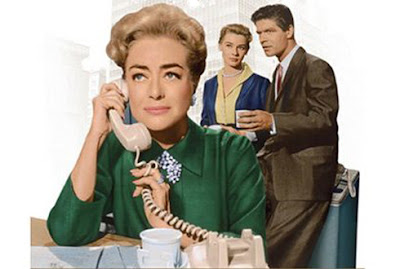 You have to wonder when Hollywood will do a remake...or was that Sex and the City?
And for those of you unaware and possibly living on the planet Mars, Mad Men is back this Sunday, March 25th on AMC. Finally the wait is over for season five....and don't even think about calling me after 9:00/8:00 p.m. Central. 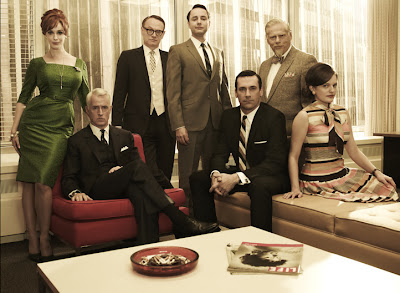