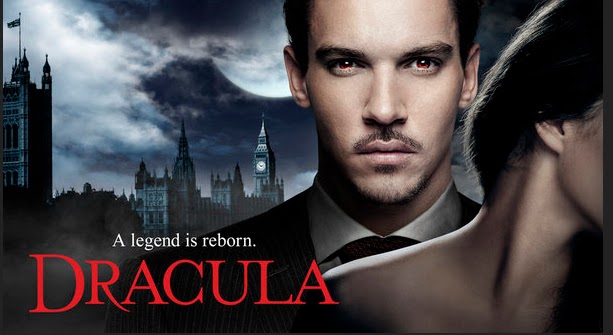 Designing digs for Dracula has been done for years and always so familiar  - the crumbling walls, the cobweb filled castle steps, the creaky coffin... all trademark staples of the Gothic castle in Transylvania.

This time around, the Prince of Darkness is alive and well in the form of a wealthy American industrialist (The Tudors's Jonathan Rhys Meyers) Alexander Grayson and living in Victorian England in NBC's drama series Dracula. And his environs receive a modern twist.

Set in 19th century London (via Budapest), British production designer Rob Harris (Mr. Selfridge) designed Dracula's opulent mansion Carfax Manor on a soundstage with a more modern take (think electricity) yet historically accurate to the period. Instead of looking to the famed vampire count for design inspiration, Harris looked to another icon, Jay Gatsby. "The design came from a very rich person's house in Londong fromt he same period. We didn't want gothic or a castle tower and it's kind of similar to an 1896 Great Gatsby with strong colors," says Harris. Some 150 sets were built for the ten episodes and the designers faced the challenge facing any vampire - designing a world of living in the night as "Dracula lives in a twilight world."

The Victorian wardrobes - generally severe and dark - get a facelift as well through the work of costume designer Annie Symons. Bright and colorful, the show's executive producer Daniel Knauf notes, "There is a slightly David Lynchian, Tim-Burton-esque like element. If Alexander McQueen were alive in Victorian England, he would be in charge of the wardrobe for this show." Premiering on NBC Friday, October 25th at 10/9 central, tune in as there is something you can sink your teeth into - no pun intended.

For more on Designing Dracula and just in time for Halloween, see my story in The Hollywood Reporter. 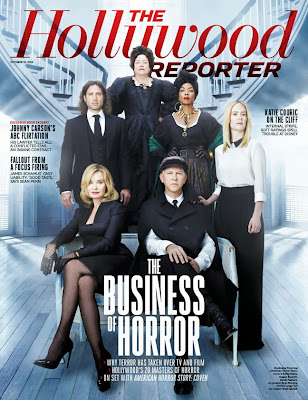 Posted by Cathy Whitlock at 7:09 PM No comments: