The Beatles on Film 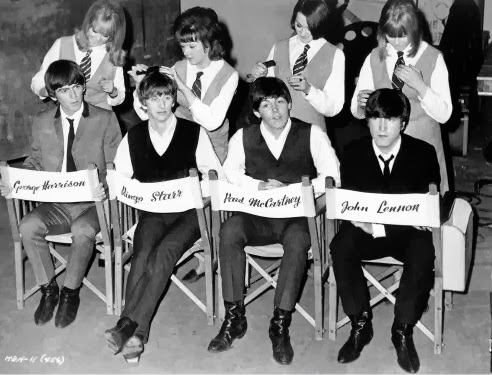 To somewhat paraphrase Sgt. Pepper, it was fifty years ago today that the Beatles streamed into our consciousness. While their contributions to music are incomparable, here is a retrospective on their small impact to the world of film: 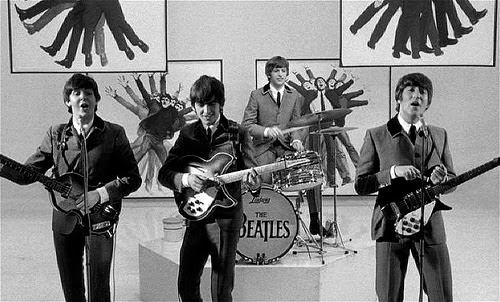 Film director Richard Lester's "mockumentary" of four musicians trying to make their way through throngs of screaming females to a television appearance in London was actually more of a documentary.  Considered a rock and roll classic, there is lots of running, screaming, pratfalls and slapstick against the musical black and white backdrop of early Beatle's classics such as "Can't Buy Me Love" and "Tell Me Why" to "If I Fell" and "I Should Have Known Better." Filmed on location in London, it's a true snapshot in time of the beginning days of Beatlemania. 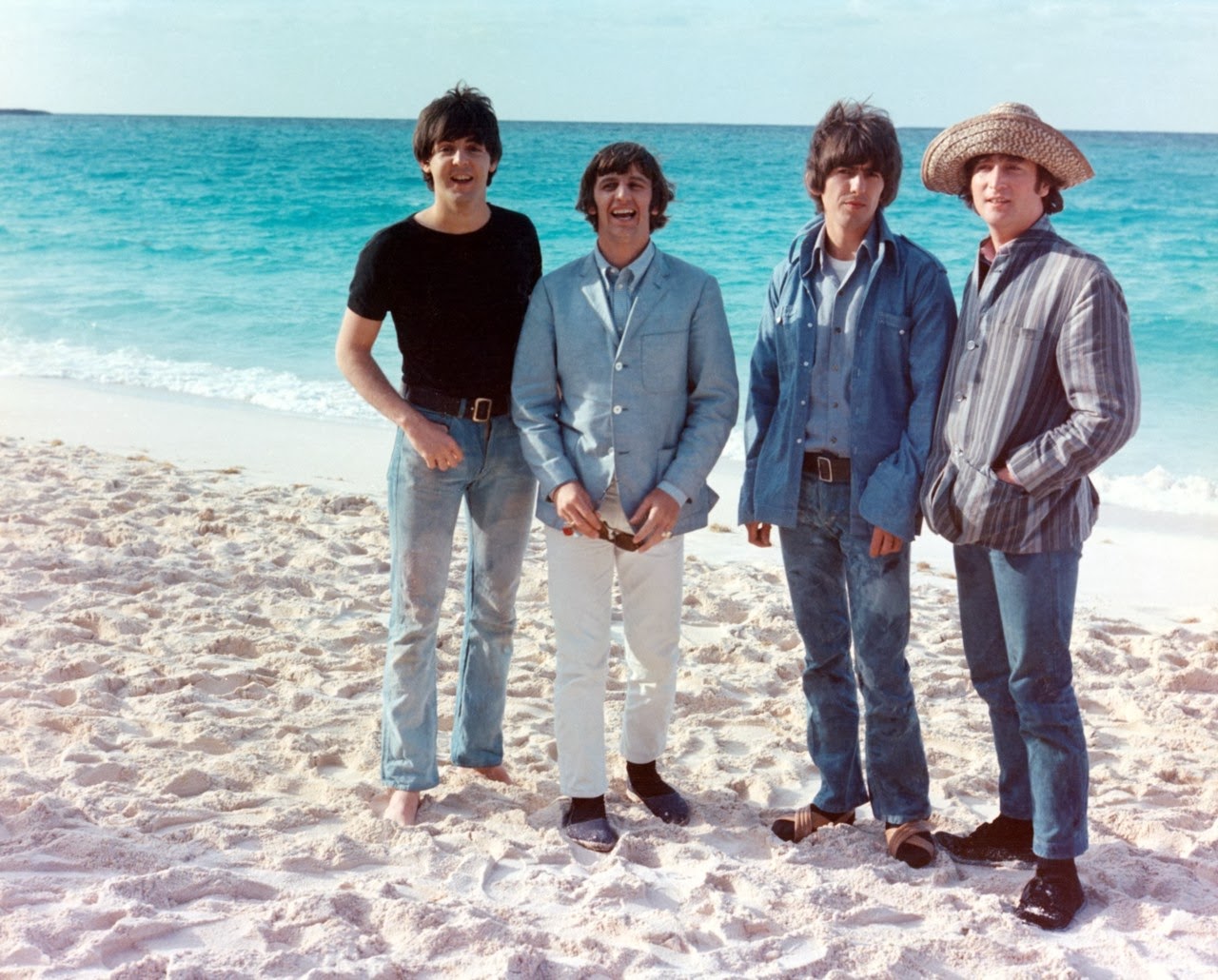 Another crazy caper style film by Lester finds the Beatles chased through the Alps to the Bahamas (primarily because the Fab Four was in need of a vacay) by mad scientists in amazing technicolor. See it for the soundtrack and the Bahamas before the invasion of hotel chains. 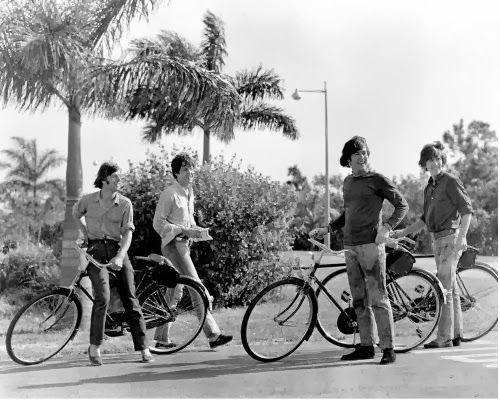 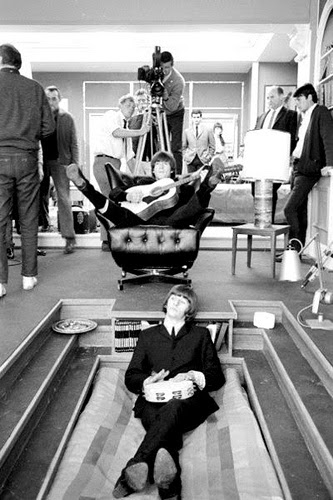 Inspired by LSD aficionado Ken Kesey's Merry Prankster's acid fueled bus trip from California to New York, the Beatles charter a bus for their own "magical mystery tour" through the English countryside. 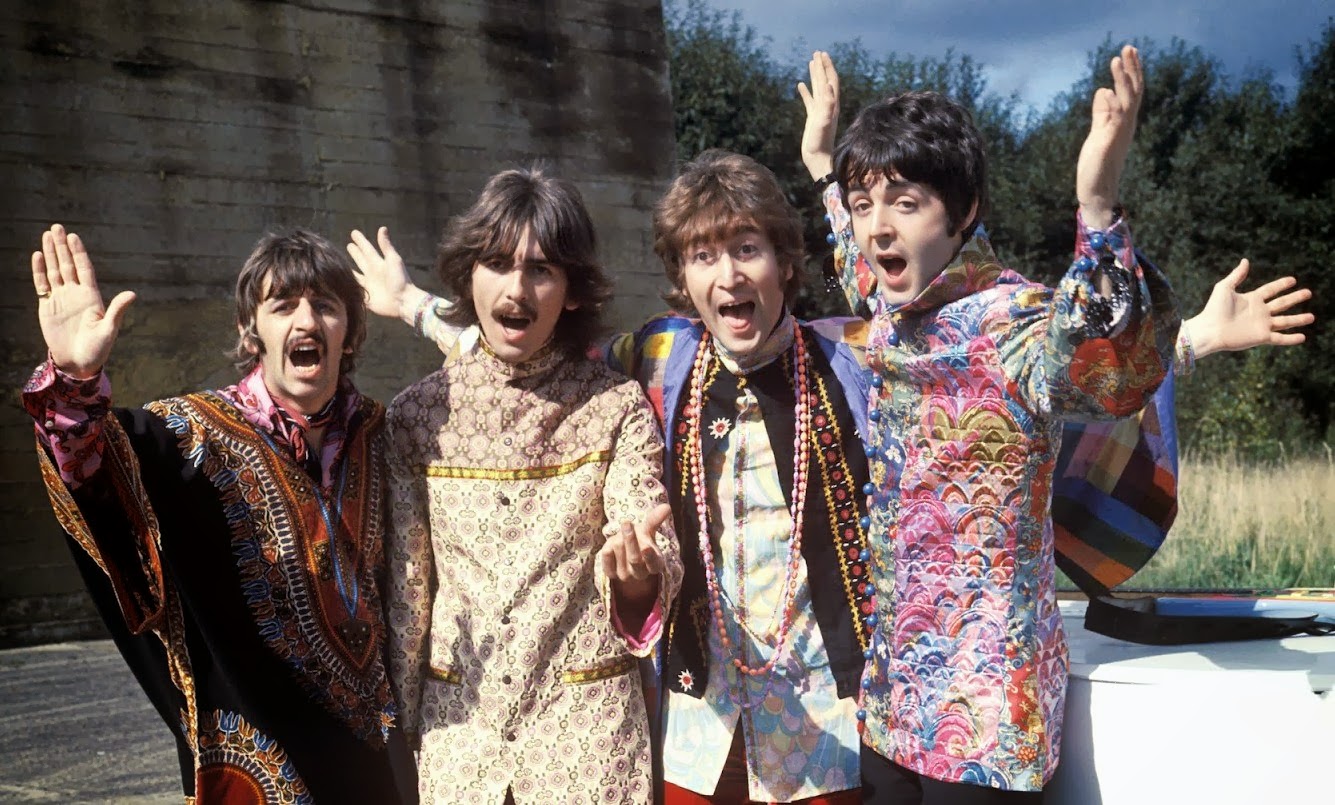 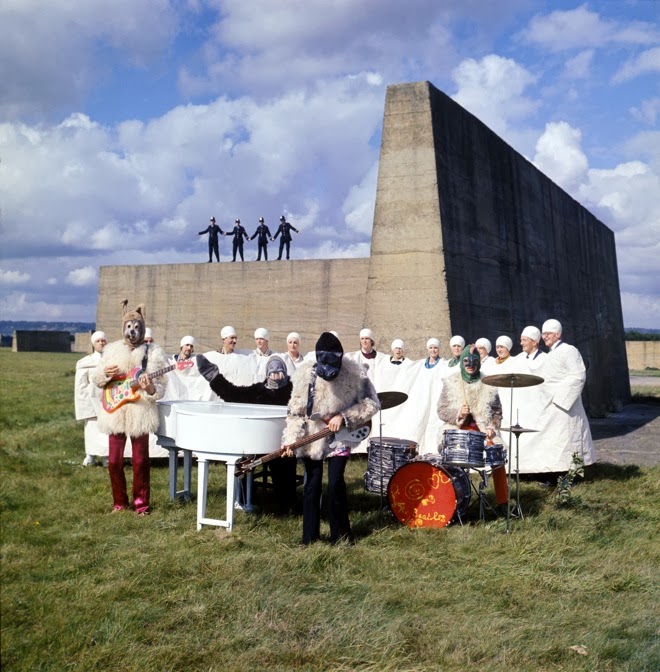 Perhaps the first psychedelic cartoon of the period, the animated film featured Beatles tunes but not the original stars voices. Still now sure why "we all live in a yellow submarine".... 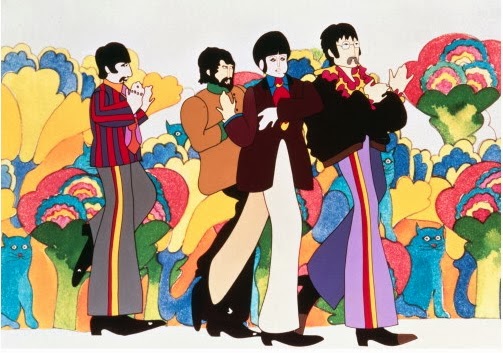 Known for its iconic performance of "Get Back" on Apple Studio's rooftop, Let It Be was the documentary of the making of the Beatles album of the same name and sadly, their last release as a group. 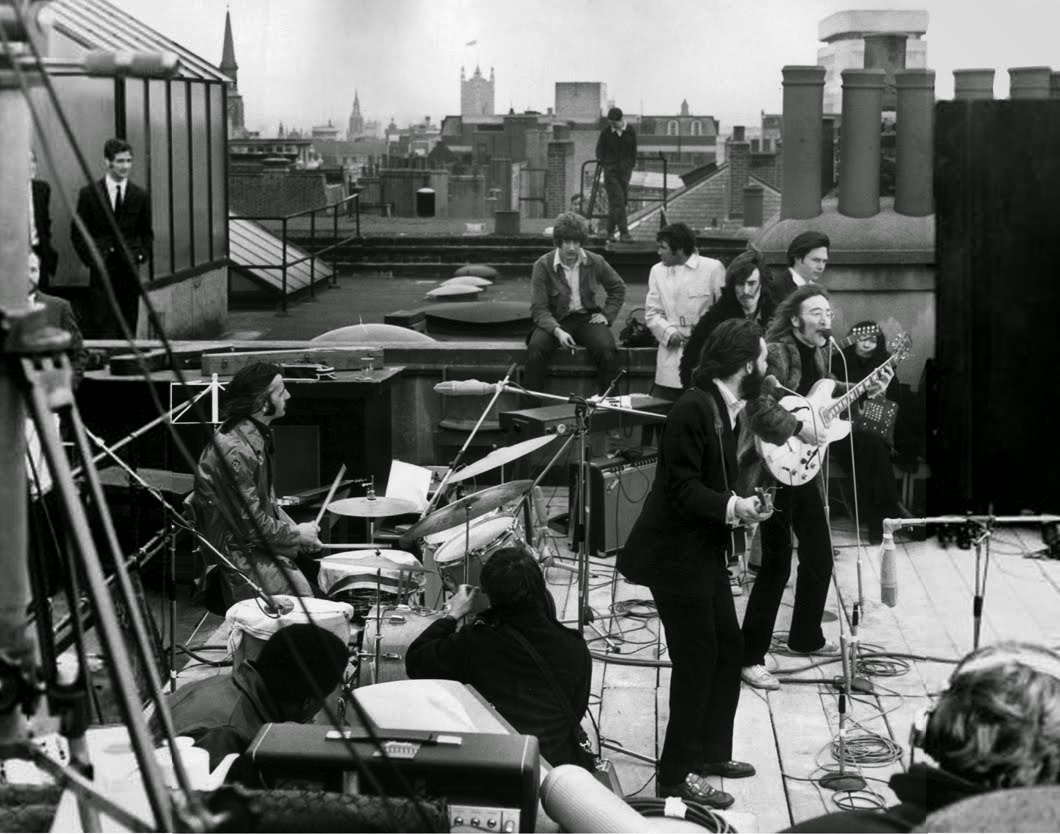 Other notable Beatle appearances on film  included John Lennon's turn as a soldier in How I Won the War (1967), Ringo Starr in the controversial Candy (1968), The Magic Christian (1969) and Caveman (1981) where he met his second wife actress Barbara Bach.

Posted by Cathy Whitlock at 9:12 PM No comments: Links to this post