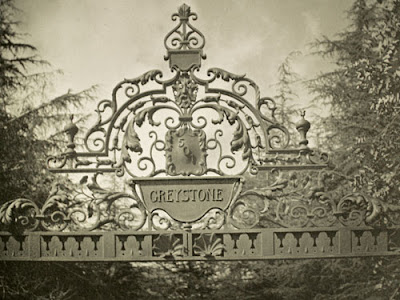 Since I am off to LA this week and time is of the essence, thought I'd reprint some excerpts from Veranda magazine of a past piece I wrote on the magnificent Greystone Estate. No doubt you will recognize the location and the true story of the history of the mansion is as fascinating and as mysterious as the mansion itself.


For the frequent filmgoer, it's an elegant house seen countless times on the big screen. Jack Nicholson made mischief in its grand living room in The Witches of Eastwick. Jude Law courted Cameron Diaz over a meal in the romantic comedy The Holiday - although they were supposedly in England. Even the house's bowling alley made an ominous appearance in There Will be Blood, starring Daniel Day-Lewis in an Oscar-winning performance as an oil tycoon in Southern California. (Other films included Death Becomes Her, The Bodyguard, An Indecent Proposal and What Women Want just to name a few). 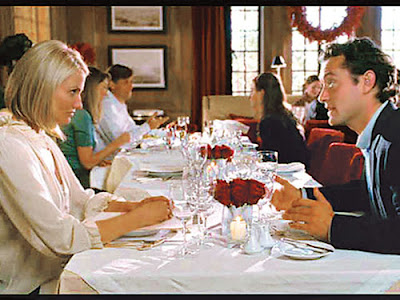 Diaz and Cameron in The Holiday 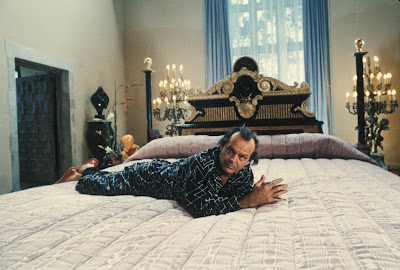 Nicholson in The Witches of Eastwick 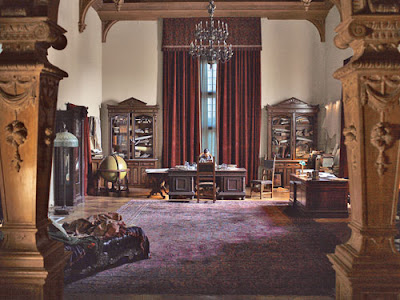 There Will Be Blood
The storied house in question is Greystone, the largest family estate ever built in Beverly Hills. Situated on a hill above famed Sunset Boulevard, the majestic yet mysterious manor was a gift from real-life oil tycoon Edward L. Doheny to his son and daughter-in-law, Edward "Ned" and Lucy Doheny, during the Roaring Twenties. Built on a 429-acre estate, the mansion became an imposing icon of wealth and power in California's early oil-rich days. "Of all the lavish gifts Edward Doheny gave his beloved son, the fifty-five room baronial castle was, by far, the most extraordinary, considered to be the most luxurious residence south of William Randolph Hearst's spectacular estate at San Simeon, California," says Margaret Leslie Davis in her Doheny biography, Dark Side of Fortune (University of California Press, 1998 and 2001).
You can read the rest of the story  here. 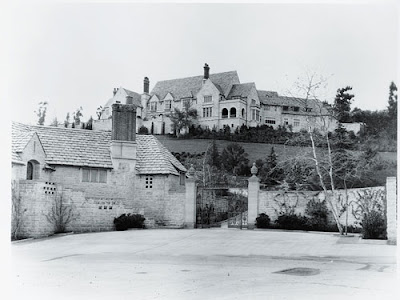 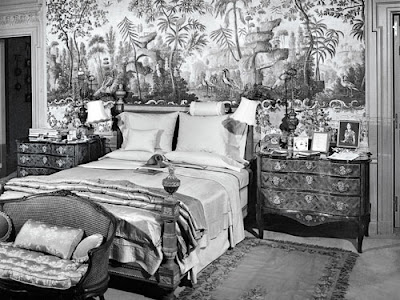 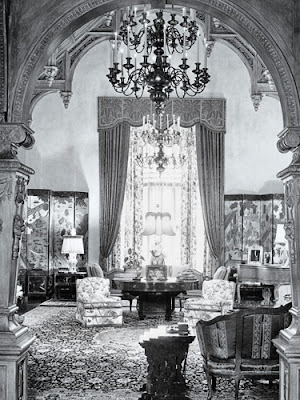 One of the many Great Rooms used for film interiors 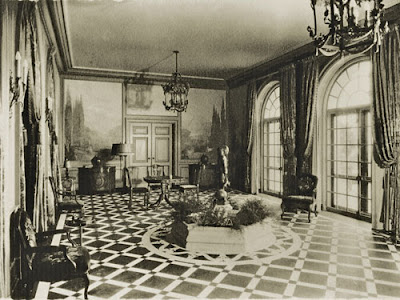