The Art of Film: Renderings from the Cinema 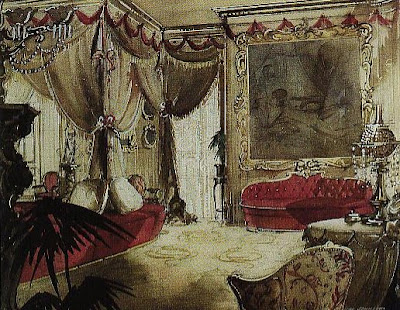 Before the advent of computer graphics,  movie sets were often created by beautifully rendered illustrations. From water color images to pen and ink sketches, these works of art were the template for some of the most memorable interiors seen on the silver screen. 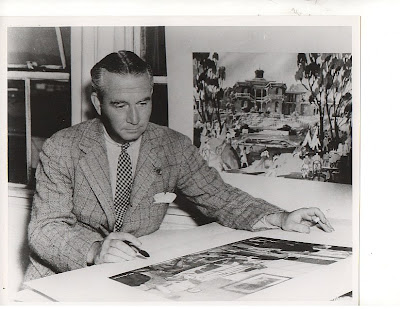 William Cameron Menzies
Many production designers and art directors of Hollywood's Golden Age were talented draftsmen and artists, drawing on their ability to sketch artists to set the visual scene for a film. Such was the case of William Cameron Menzies, the prolific production designer of the film Gone With the Wind (1939) who prepared over two thousand watercolor sketches detailing the interiors, placement of the actors and scenery. From the burning of Atlanta to the landscape of Tara, Menzies was involved in every frame. (He even directed the Atlanta hospital scene and came up with Scarlett's famed line "As God is my witness, I'll never be hungry again.")
HIs attention to color, scope and detail is legendary. The parlor of Belle Watling (as shown above) was designed in lush red velvet, clearly considered the appropriate color for women of the night at that time. The interior for Atlanta's leading madam even featured a nude portrait which somehow got past the censors.
The interiors for Twelve Oaks were understated, pristine and formal.... 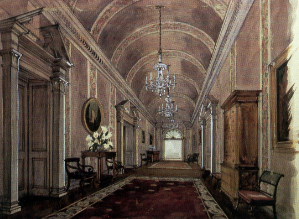 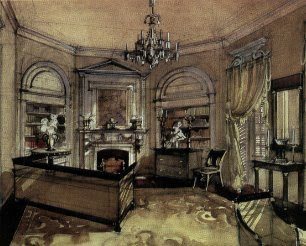 The entry hall and library of Twelve Oaks
while Scarlett and Rhett's Tara was heavily ornamented and over the top, representing the prosperity of the New South. 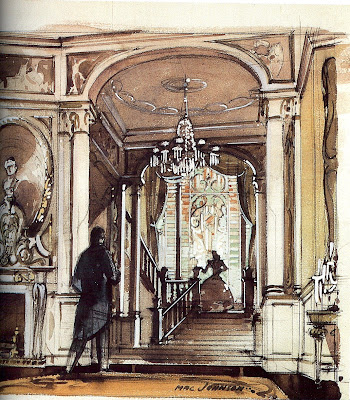 Scarlett and Rhett's remodeled Tara
Famed production designer John De Cuir Sr. was known as Hollywood's Da Vinci as well as one of the greatest film artists (draftsmen, illustrator and painter) in history. The Academy Award winner designed the mammoth production of Cleopatra (1963) along with The King and I (1956) and South Pacific (1958) in his illustrious career that spanned four decades. 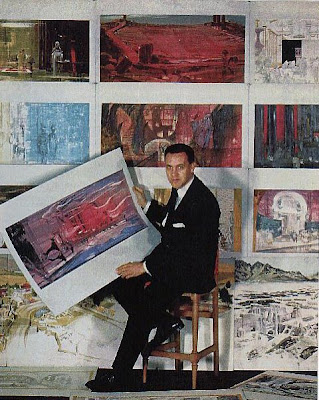 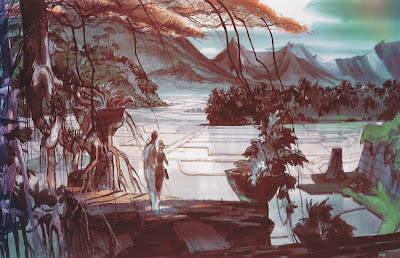 The King and I

Oscar winning production designer Dante Ferretti studied fine arts and has a degree in architecture which shows in his work on the lavishly designed period film The Age of Innocence (1993). Steeped in period correct Victorian interiors, Ferretti and his team spent two years on research alone. Shown below are the sets for Mrs. Mingott and Newland Archer and the Troy opera house. 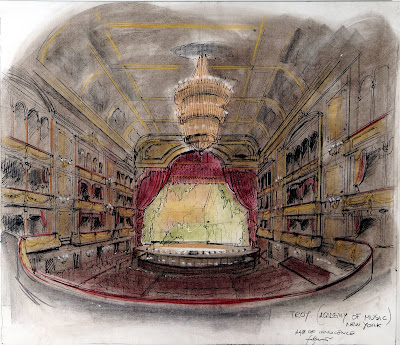 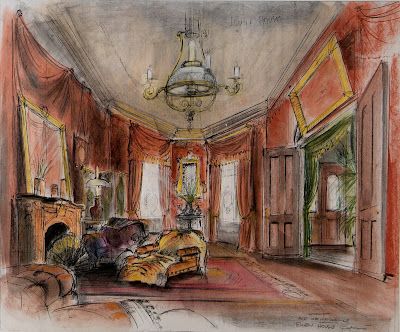 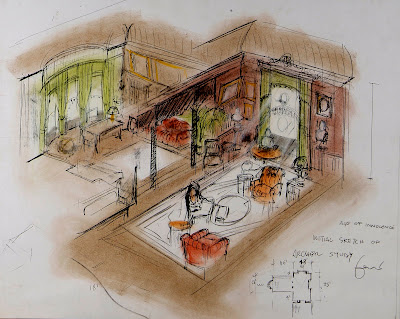 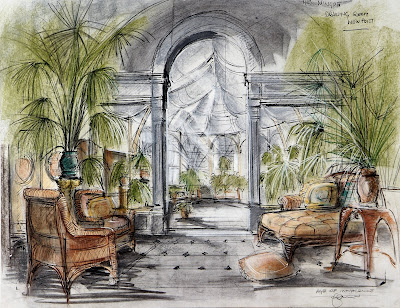 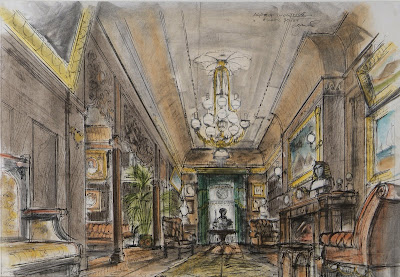 The Age of Innocence
Production designer Luciana Arrighi is another talented artist responsible for the design of Merchant Ivory films such as Howards End (1992) and Remains of the Day (1993). Howards End required creating a sunny Edwardian style countryside cottage while Remains featured dark and repressive interiors to reflect the plight of unrequited love between the British butler (Anthony Hopkins) and housekeeper Miss Kensington (Emma Thompson). 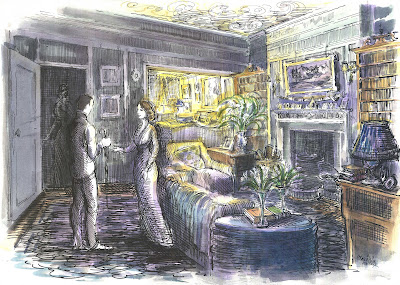 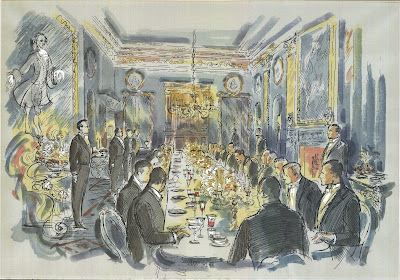 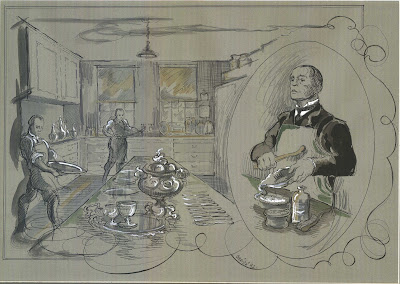 Remains of the Day
Photo Credits: Courtesy of MGM, Dante Ferretti, Luciana Arrighi, On the Road to Tara (Abrams), John De Cuir Jr.
Posted by Cathy Whitlock at 2:46 AM No comments: