Italian Cinema Style: Part Three - It's All About the Vespa 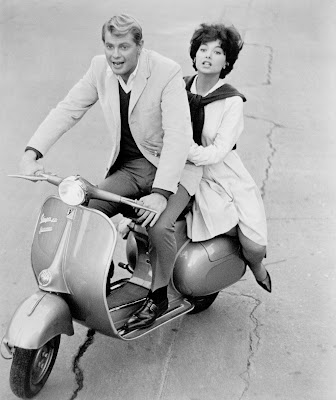 Almost every Italian film has one sighting in common -- a glamorous couple winding through the countryside or the cobblestone streets on a Vespa. A shortage of parking in Italy made them a necessity and what better way to run around town than on this chic and sleek little scooter? While I am not sure why it's called a Vespa (which is Italian for wasp), I know of at least four people in my zip code have one and one day I hope to be number five. 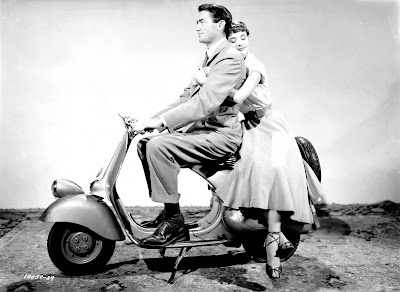 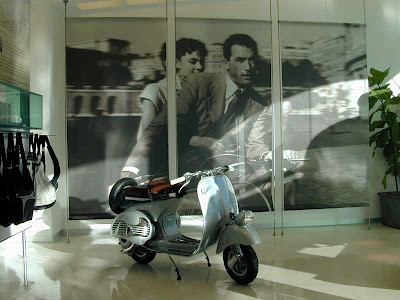 while Diane Lane as Frances Mayes catches a lift from the local politzia in Under the Tuscan Sun (2003)... 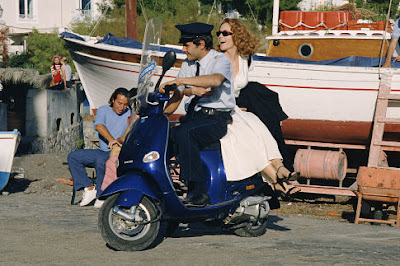 and Jude Law as Dickie Greenleaf scoots through a coastal town in The Talented Mr. Ripley
(1999). 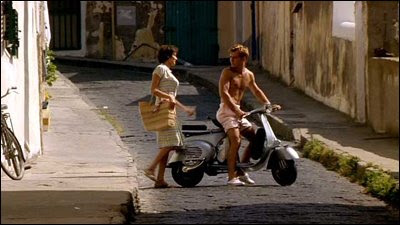 And if you are really interested, visit the Piaggio Museum near Pisa, Italy where the Vespa is manufactured. Supposedly there is a Salvador Dali one. Or visit the Vespa website for your local dealer. About three thousand should do it give or take.

Shot below the title is none other than Suzanne Pleshette and Troy Donahue in Rome Adventure (1962).
Photo Credits: Miramax, Warner Brothers, Paramount, Touchstone Pictures and  Vespa Boutique.