The Cinema as Muse: Then and Now 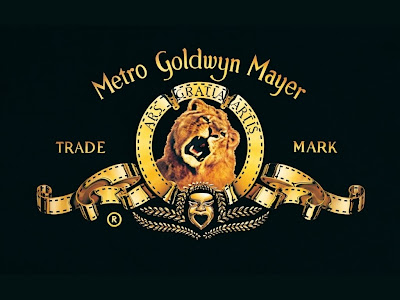 The late Art Director Cedric Gibbons (1893-1960) and Founder and President of J. Robert Scott Sally Sirkin Lewis no doubt are kindred spirits and would have had much in common had the two met.
Both were (and are) extraordinarily accomplished. Both favor clean, uncluttered contemporary lines and hand-polished lacquer finishes in their work. And the two designers have had a major impact on their industries -- Gibbons is credited with a record 1500 films during a 30 plus year tenure at MGM while Lewis has been awarded 150 U.S. and British patents for her innovative textile and furniture designs.
Gibbons even designed the coveted Oscar statuette (he was nominated 39 times and winner of 11) while Lewis' upholstered designs with a dressmaker's attention to detail put home couture on the map. He is said to have driven to the studio in his Dusenburg every day clad in top hat and gloves while she was the driving force behind the concept of California Design.
From a body of work ranging from Grand Hotel (1932) to Kismet (1955), Gibbons' aesthetic is seen on every MGM set, prop, costume and even the logo during his reign as supervising art director. He preferred all white rooms steeped in luxury and draped in fantasy and moviegoers loved it. 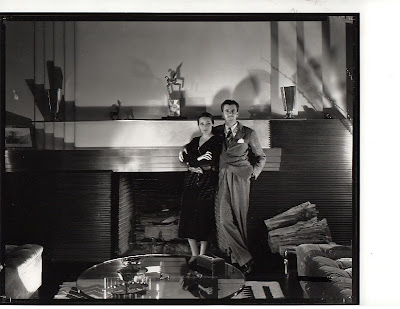 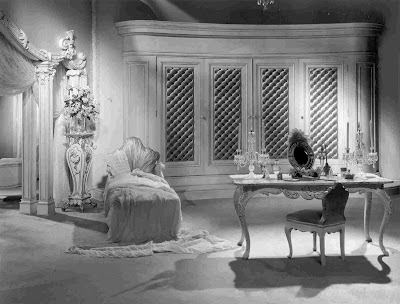 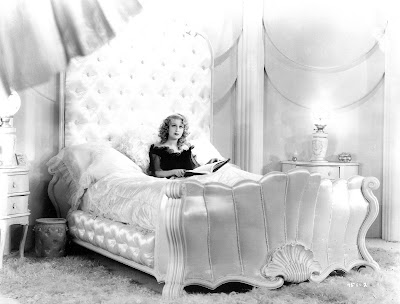 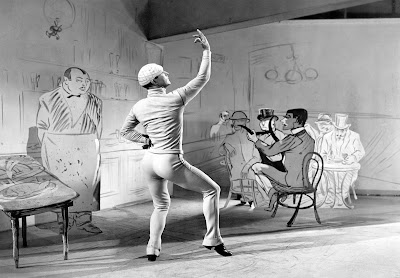 Oscar winning fantasy sets for An American in Paris (1951)

Gibbons would have loved J. Robert Scott's collection of furnishings with exotic veneers (such as shagreen, snake and goatskin parchment) and 22-carat gold finishes and would have had a field day browsing through the hand-woven silks, mohairs and velvets.
Many of these furnishings would fit right at home on an MGM set as well as modern interiors of today... 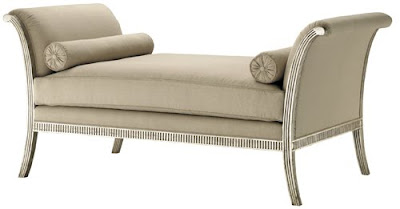 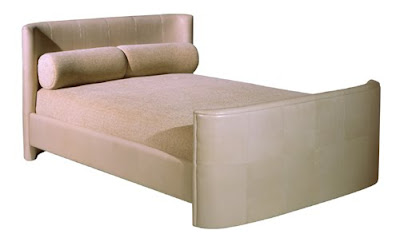 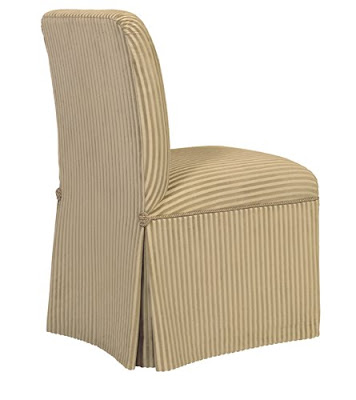 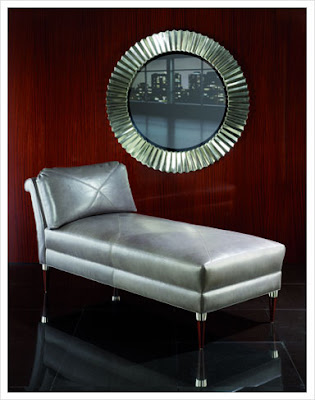 Pleats Mirror and Darby Chaise
For more on Gibbons, see Twenties Cinema Style on The Kiss, The Single Standard and The Wonder of Women. For more on J. Robert Scott and Sally Sirkin Lewis, visit their website.
Photo credits: J. Robert Scott, MGM
Posted by Cathy Whitlock at 12:50 PM No comments: Links to this post