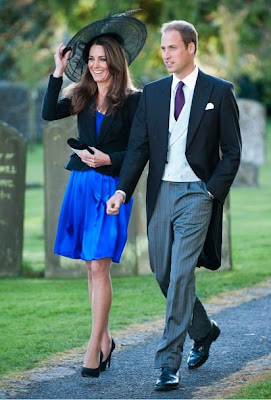 Word came across the pond this week of the engagement of Prince William and Kate (and was anyone really surprised?) and I have to wonder if this will be as celebrated, covered and commented on as the wedding of  Princess Diana and Charles. My guess is in this 24/7, celeb crazy news cycle we live in, the answer is yes. It will be the ultimate wedding reality show.

And speaking of the royals, word also came out recently that Keira Knightly will play the role of the ill-fated Princess and Helen Mirren as her mother, Frances Shand Kidd. Both Knightly and Mirren are no strangers to playing royals as The Dutchess and The Queen respectively were incredible performances.
The film is scheduled to debut around the time of what would have been Diana's 50th birthday. Lets hope the powers that be at Buckingham Palace keep that in mind when they set the upcoming wedding date.

And for those of you who can't wait for the real thing, might I suggest renting the MGM musical Royal Wedding (1951). Fred Astaire and Jane Powell play a brother and sister dance team who find romance when they tour to London for the wedding of Elizabeth II. The film is noted for the complicated dance scene ("You're All the World To Me") where Astaire hoofs with a clothes tree and on the walls and ceiling of his hotel room while Powell is romanced by Lord John Brindale (played by Peter Lawford). The story is loosely based on Astaire and his real-life sister Adele.

The Way We Were Revisited 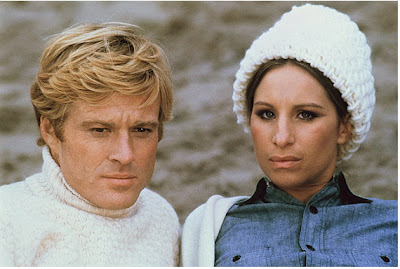 It's been thirty seven years since Robert Redford and Barbra Streisand made movie magic in the love story The Way We Were (1973) and this Tuesday, Oprah scores a coup with a reunion show.
For those of you who are a) straight and male and/or hate love stories, b) too young and never got around to seeing, or c) living in a cave, The Way We Were is the story of star crossed lovers who meet in college and fall in love years later and their differences drive them apart. Redford plays Hubbell Gardner, a Waspy jock and Streisand as Katie Morosky, a Jewish political activist and the couple eventually prove that love can't conquer all. New York, Hollywood and Malibu in the forties never looked better and that goes for Streisand and her ironed hair as well (perhaps her most glamorous role to date). 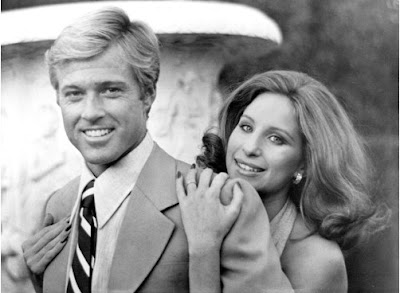 Sydney Pollack directed the film (he later teamed with Redford on Out of Africa) and rumor has it, the golden one had to be literally coaxed into doing the role (Warren Beatty and Ryan O'Neal were also considered). The film is based on Arthur Laurent's book which I highly recommend as well.
A on-again-off-again sequel was in the works for decades but Redford could never come to terms with the story or script. Apparently "The Way We Were II" would pick up in the sixties, and the pair would come back together to deal with their radical daughter who protests the Vietnam War. Some things are best left alone and what are the chances magic can happen twice? 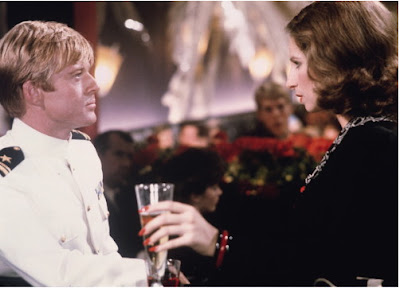 The film has become a camp classic and you would be hard pressed to find fans who cannot come up with at least a line or two of the dialogue or a favorite scene. (And since you didn't ask mine would be Redford and Bradford Dillman sailing - "Best Saturday Afternoon").  Sex and the City even paid homage when Carrie told Mr. Big goodbye at the Plaza Hotel. And if you've seen the film you know what I am talking about.
The Way We Were garnered six Academy Award nominations (Best Actress, Costume, Art Direction and Cinematography) and won two for Best Song and Original Score. Rent the movie, download the score and set your Tivo. 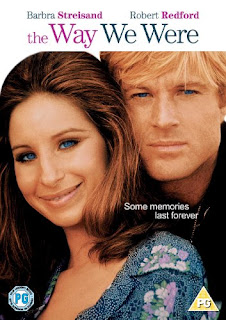 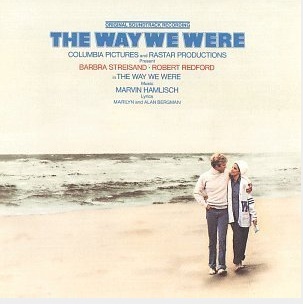