Cinema Style at the Office 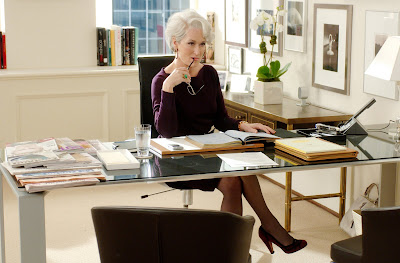 I was watching Morley Safer's fascinating  Sixty Minutes piece on Anna Wintour recently and marveled at how closely her "power office" resembled the one (as it was intended) in The Devil Wears Prada (2006). (For the uninitated, the film was the loosely based adaptation of the novel of the same about a young assistant's travails working for a powerful NYC fashion editor).
Realizing a visit to the infamous Vogue editor's domain would be highly unlikely, production designer Jess Gonchor worked off a photo found online. The result was the ultimate power office -- imposing and authoritative  with sleek clean lines and a mixture of beiges and whites with touches of black. The octagonal mirror, photographs, artwork and anal retentively organized glass top desk are very similar. Apparently the goal was to make the "Runway" magazine offices look like a "makeup compact".  (It was reported Wintour had her office redecorated shortly after the film's release). 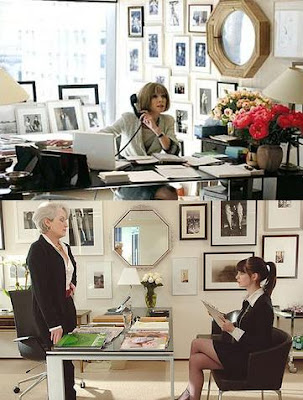 Wintour at her Vogue offices above, Streep as Miranda Priestly below 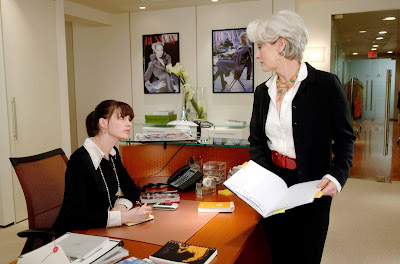 Anne Hathaway and Meryl Streep
Other films with notable office sets effectively used to support the characters were... 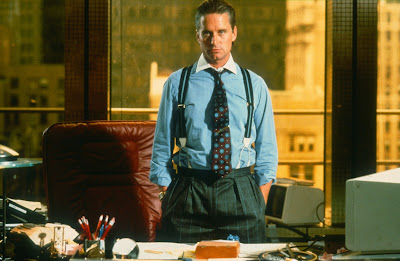 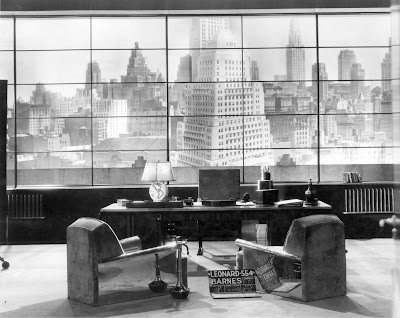 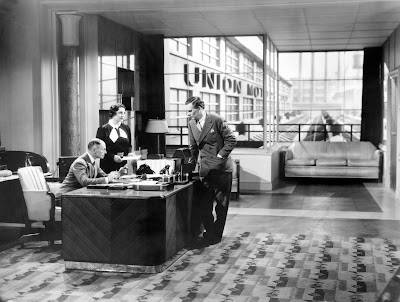 The offices of an Walter Huston's automobile tycoon in Dodsworth (1936) 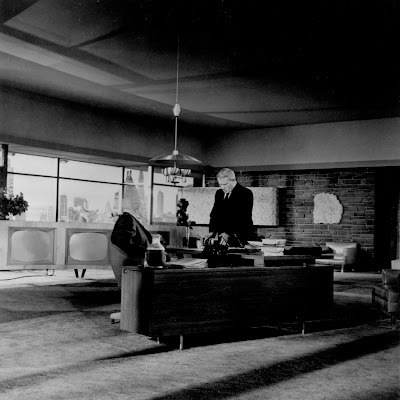