The Utopian Style of Lost Horizon 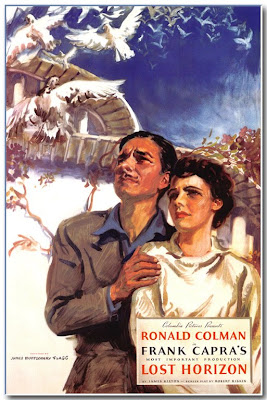 One of my favorite fantasy escape films design wise is Frank Capra's Lost Horizon (1937), a tale which is the ultimate "Lost" -- a group of plane survivors crash land in the Himalayas and find themselves in a utopian Shangri-La. A place where there are no guns and no illness - sign me up. And who couldn't use a little Shangri La right about now?
The film's fantastical sets were designed by Stephen Goosson with the centerpiece Lamasery (Tibetan temple) that was constructed on the Columbia Studios ranch. The contemporary structure was ninety feet tall, took 150 men to complete and was considered the largest set (square footage wise) to be built during this era.
The stark white walls, reflecting pool and dog statues have an Oriental feel to them. Ironically the sets were met with scorn by many of the design establishment at the time. 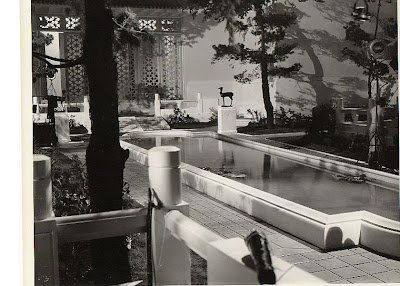 The elaborate sets took up to a year to complete. The landscaped courtyard is framed by the sanctuary's curved white lines and brilliantly lit buildings. The film won Goosson a Best Interior Decoration at the Oscars (when there was such an award) in 1937. 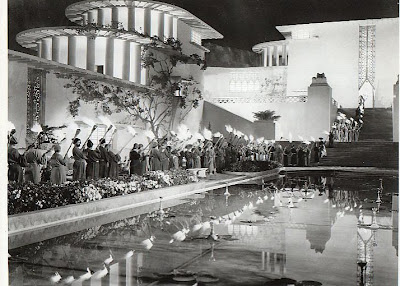 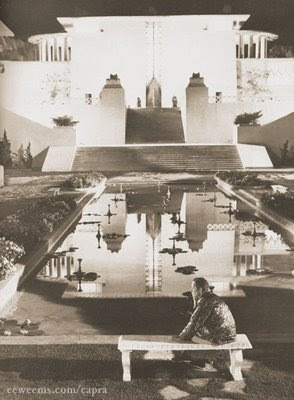 The film stars Ronald Colman as a British diplomat and Jane Wyatt (yes Mrs. Father Knows Best) as the love interest. And for you trivia buffs, the blinding snow scene was actually bleached cornflakes. 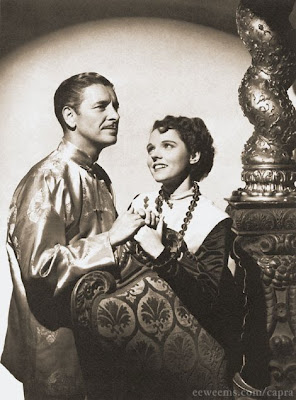 Lost Horizon was remade in the seventies as a big-budget musical in 1973. The all star cast included Peter Finch, Charles Boyer as the head Lama, Liv Ullman and Olivia Hussey of Romeo & Juliet fame. (Actually I rather enjoyed the film!) The soundtrack by Burt Bacharach and Hal David is below and no doubt a collector's item. 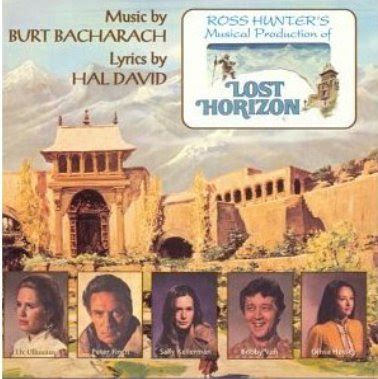