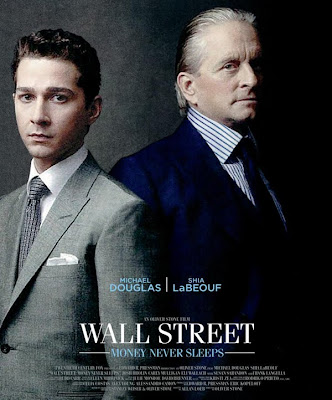 One of the most iconic film figures of the eighties, Gordon Gekko (brilliantly played by Michael Douglas) was the quintessential master of the universe in the original Wall Street, living in a world filled with power lunches, limos, money is no object and illegal insider trading. With his "greed is good" mantra, Gekko became the personification of an era run amok. And audiences loved it.

He's back this week in Wall Street: Money Never Sleeps (Twentieth Century Fox) fresh from a twenty year stint in prison and facing an all too real collapse of the financial system. Gekko sets out to repair his relationship with his daughter (Carey Mulligan) while tutoring his protege who just happens to be her fiance (Shia LaBeouf).  I am seeing an advance director screening this week (opens in theaters on Friday)  and hope it lives up to the original.

As a design enthusiast, I enjoyed the original Wall Street as it was filled with all sorts of wonderful "deconstructionist chic" (a term coined by director Oliver Stone) that we saw in character Bud Fox's (Charlie Sheen) hi-rise apartment. Production designer Stephen Hendrickson (who is currently designing the hit show The Good Wife) employed coffee tables with jagged glass, faux brick with touches of gilt and contemporary artwork all selected by interior decorator Darien (Darryl Hannah) and ready for a House and Garden spread.


This time around we see Gordon Gekko's new Manhattan lair and it's quite wonderful, understated, modern, clean and non-pretentious.  Kristi Zea and Diane Lederman (production designer and set decorator respectively) used a neutral color palette of taupe and creme, accented with a few choice pieces of artwork and sculpture and still makes a power statement for Gekko. You have seen Kristi's work on such diverse films as Confessions of a Shopaholic, The Departed and Silence of the Lambs while Diane's sets grace the films Remember Me and When in Rome. 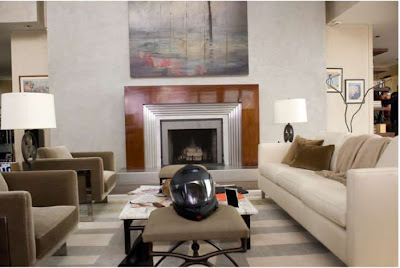 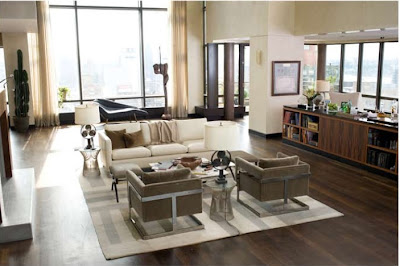 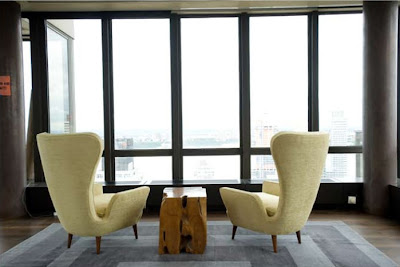 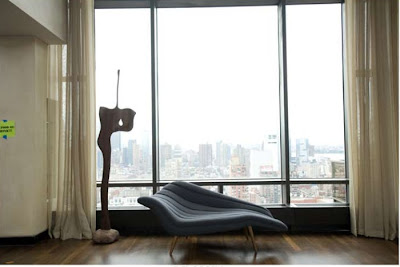 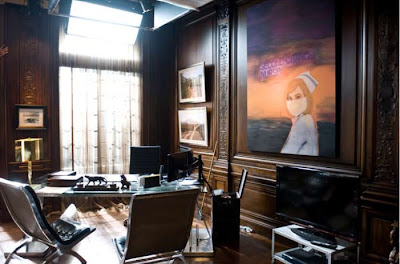 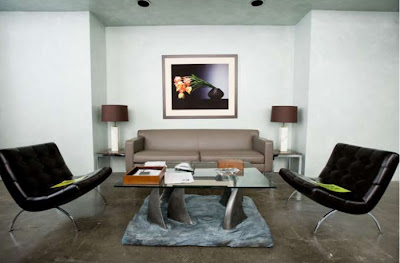 For those of you who enjoyed my piece on Edith Head last week, be sure to catch Silver Screen Modiste this week as Edie will be celebrated in  the theater! Also check out my friend and design editor of Veranda Linda Sherbert's piece on Edith here.
Posted by Cathy Whitlock at 6:46 PM