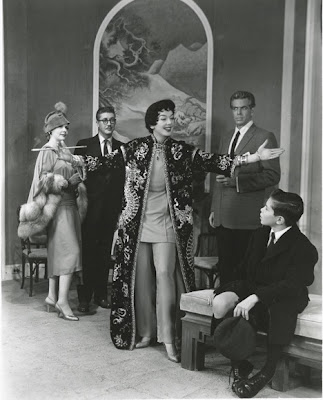 "Life is a banquet and most poor suckers are starving to death."

You may recall the infamous line from the 1958 film Auntie Mame starring Rosalind Russell as a larger than life character who raises her young nephew. Based on the Patrick Dennis 1955 novel of the same name, the beloved best seller became a Broadway play and two adapted screen versions (the latter was a musical starring Lucille Ball). The film had to be toned down from the book as parts were thought to be too risque (it was the fifties after all).

The movie has enjoyed a resurgence of sorts as it has become a cult favorite among design aficionados. Recent case in point -- Jonathan Adler cited the film's interiors as one of his favorites in a recent Wall Street Journal story noting that "Watching Auntie Mame is a right of passage for every aspiring interior decorator." (Note: I did a Movie as Muse blog post on designer inspirations last year and Charlotte Moss picked this film as well. Adler also chose the Walter Matthau comedy A New Leaf, Liz Taylor/Richard Burton's X, Y and Zee and Pillow Talk). 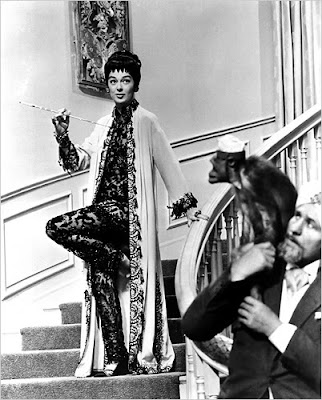 Mame's 3 Beekman Place duplex was a study in design contrasts as art director Malcolm Bert and set decorator George James Hopkins set the plot story lines with six types of  decor -- Chinese, Danish Modern, East Indian, English, Chinese and twenties modern (with a nod to decorator Syrie Maugham). The Danish Modern decor was perhaps the most fun with sofas, chairs and tables that could be elevated for comic relief. The sets were glamorous, often over the top (the Oscar Academy must have thought so too as the film was nominated for Best Art Direction that year) and plan on hitting the pause button and taking notes throughout. 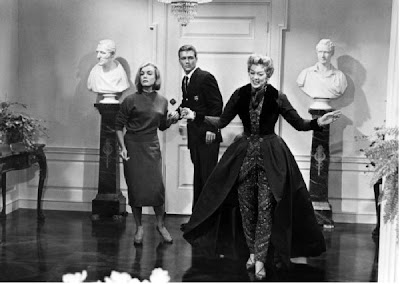 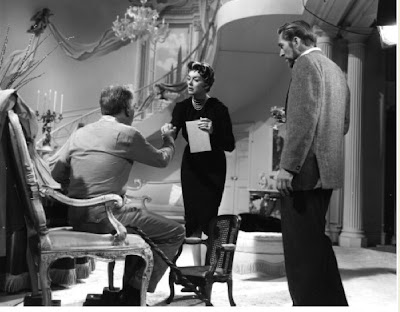 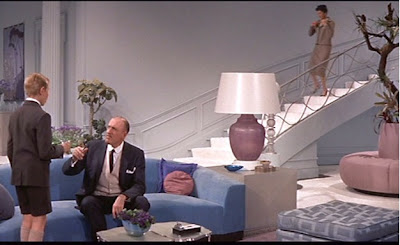 Adler is also influenced by Mame's joie de vivrie attitude with his own designs, explaining, "When designing for clients, I like to channel their inner Auntie Mame, to make them appear just a little more glamorous and eccentric than they really are."

My personal choices for a Mame inspired interior would also include...
Mame would no doubt say it's "simply mahvelous" to have a stylish contemporary sofa, particularly one that could float in any room....

Costume designer Orry-Kelly created the brilliant outfits for the film which ranged from bohemian to chic and must have been a designer's dream. Her jeweled pantsuit with matching silk coat and crystal studded capri pants and chartreuse shawl were just a few of the standouts. 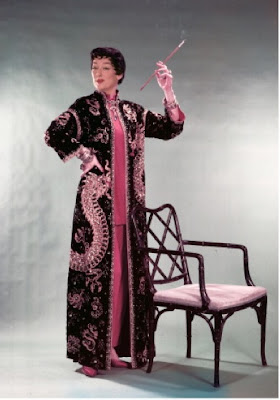 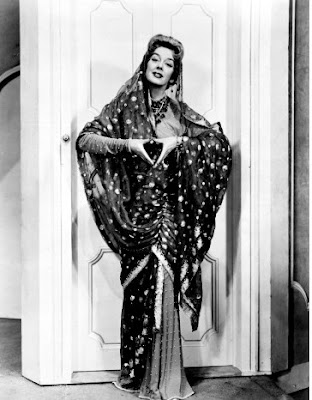 I only wish I had better photos as numerous people have asked me why this was omitted from my book Designs on Film. (Sadly there are many great films that were not all that well documented interior wise). In the meantime, rent the DVD and you can read more of writer Jen Renzi's piece in the Wall Street Journal here.

And on another note, I am proud to announce my website is finally up and running. I have listed many of my articles and posts on the site and hope you enjoy!

Posted by Cathy Whitlock at 5:28 PM